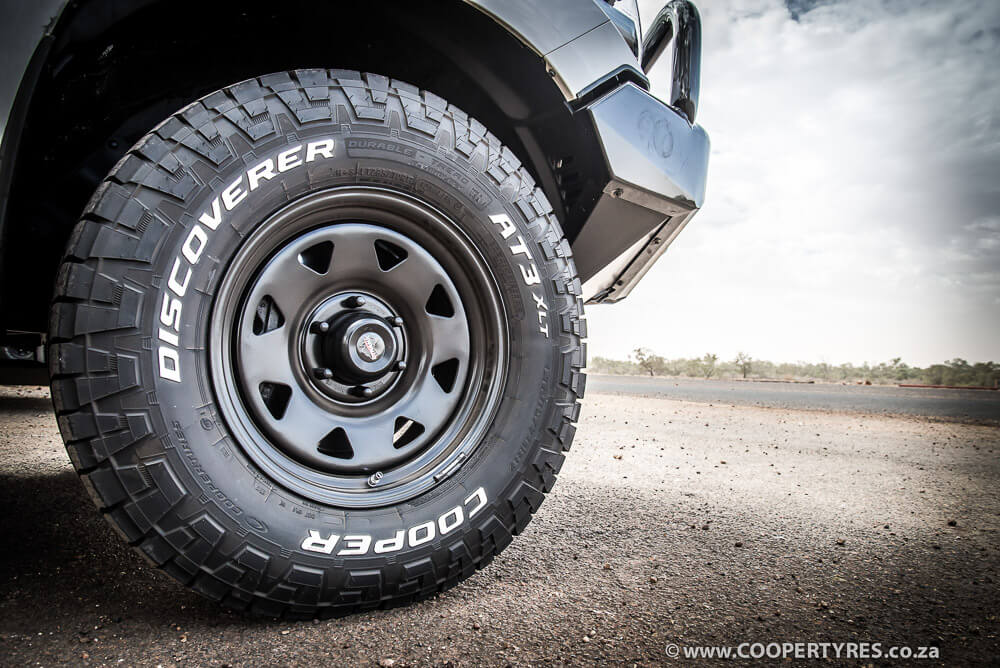 What’s the best all-terrain tire on the market? Well, “best” is a relative term, but in this case, let’s assume that “best” is based on what most off-road enthusiasts want from a tire…

If you examine the above list, you’ll notice that most of these features are contradictory.

How can a tire be quiet and aggressive looking at the same time? And how can it offer puncture resistance, fuel economy and comfort all at once?

Perhaps one of the most conflicting moments for many off-roaders is deciding between a mud-terrain and an all-terrain tire. Many of us want the look of a mud-terrain, but aren’t willing to put up with the drawbacks associated with an aggressive tread pattern.

But, what if a tire managed to bridge this gap by offering the ballsy sidewall looks of a mud-terrain with the benefits of riding like mildly mannered all-terrain? And, if such a tire did exist, could it be deemed the “best” all-terrain on the market? 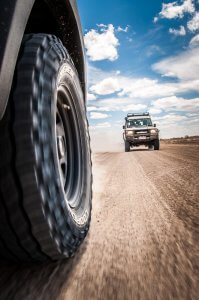 I don’t think we can justly answer that question, either. But what I can tell you is this: the Cooper AT3 XT3 will be my next set of tires.

Sometime earlier this year, I was invited to join a group of tire experts to test the durability and performance of the newly released AT3 XLT. The test took place in the Australian Outback, a few thousand kilos west of Brisbane. It was late March at the time, and the average daily temperature was well into the late 30ºCs and early 40ºCs.

The purpose of the test was to gauge how well the new XLTs could handle the extreme cut & chip conditions of the Australian Outback.

In case you were wondering, cut & chip performance is one of the most crucial, but often overlooked features of off-road tire design. It’s also a leading cause of tire damage that occurs off-road.

Naturally, some roads are worse than others; but generally speaking, roads that inflict cut & chip damage have a few things in common:

Factors that influence a tire’s cut & chip performance include…

When you consider the above points, you realise why mud-terrains tend to resist cut and chip damage a bit better than traditionally designed all-terrains do. This has a lot to do with many mud-terrains having large elemental-shaped tread blocks, and the fact that they usually have minimal siping – one of the reasons why their performance on wet asphalt isn’t as good.

Looking at the Cooper AT3 XLT, you’ll immediately notice that a large percentage of the siping grooves are internal (within the boundaries of the tread block), as opposed to exiting the side of the tread block. Needless to say, this radically improves the tire’s cut & chip performance.

Another crucial quality is the AT3 XLT’s light-truck rating, which includes more tread-depth, a lower wear-rate (compound quality), heavy-gauge sidewalls, and a high payload capacity. These features make the tire better suited to off-road deflation, thereby reducing sidewall flex and heat build-up within the tire.

In other words: thin sidewalls tend to flex a lot (almost like a secondary suspension system), which leads to friction, then heat, then total tire failure.

Tires with strong sidewalls are less likely to flex and generate heat, which means that they can be deflated more. The more a tire can be deflated, the more comfortable it will be off-road, and more importantly, the less chance it has of picking up a puncture or cut & chip damage.

At first, our test in Australia had me cringing at the thought of purposely wrecking a perfectly good set of tires – often by aiming at loose rocks that I would ordinarily steer clear of. But, hey, it’s not every day that you get to trash a brand-new set of tires that don’t belong to you.

“Sadly”, though, the Cooper AT3 XLTs shouldered every impact without fail. I was blown away by how well the tires were coping with the abuse, while showing little (if any) sign of damage. In fact, the only noticeable quality was an apparent sand-blasting effect of the rear tires. But I’ll cover more on this subject in a future blog, it raises several interesting questions about off-road tires. Subscribe to our 4×4 bulletin for updates.

But, aside from the AT3 XLT’s many functional design traits, I think what draws me most to this tire is its looks.

You may not know this, but the AT3 XLT is exactly the same tire as the ever-popular and well-known Cooper Discoverer AT3 Light Truck tire. The only visible difference between these two products is their side-biter tread pattern.

However, the AT3 LT has also undergone some recent changes to its design. But, on the whole, it’s much the same tire that Overland Journal adjudged the best all-terrain tire in their highly comprehensive shootout. And it’s the same tire that frequently clocks up mileages in excess of 100 000 km or 60 000 miles!

The XLT differs from the normal AT3 LT in that it’s available only in select tire sizes, but even more so, it offers noticeably more sidewall grip and potential puncture and pinch resistance when driving through rocks. It’s a great feature, not only from a functional perspective, but from a visual one, too. 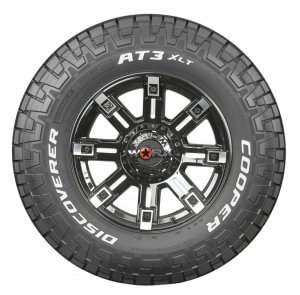 As I said before, many of us want the aggressive looks of a mud-terrain without having to endure the road noise, vibrations, decreased fuel economy and reduced ride comfort. The AT3 XLT bridges this gap by being one of the few (and possibly the only) all-terrain tire that showcases the look of a mud-terrain, but drives like a smooth, quiet, fuel-sipping all-terrain.

Put another way: It’s an award winning all-terrain that now looks like a ballsy mud-terrain when viewed from the side – which is the angle most people see anyway.

So, does that make AT3 XLT the ‘best” all-terrain on the market? I don’t know. I’ll let you decide that. But one thing is for sure, it offers the BEST of both worlds in terms of looks and performance, and for that, it’s got my vote.