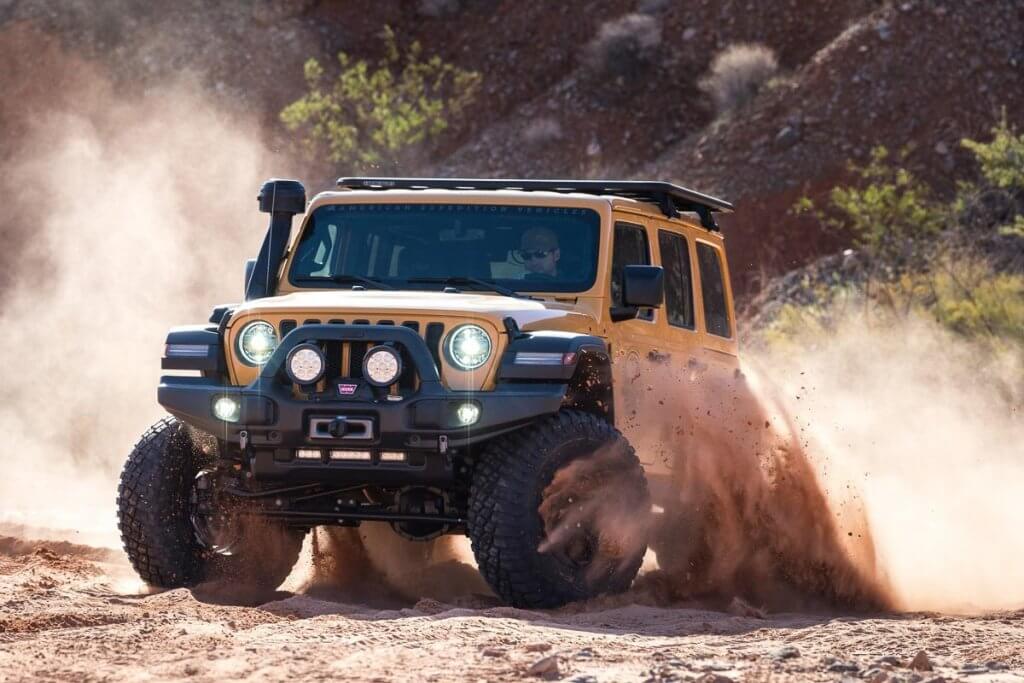 There’s an old saying that goes: Jeeps aren’t bought, they’re built. Although that may sound like a bumper sticker, in many ways the statement defines what we do: we build custom Jeeps. From 2’’ daily drivers to 4.5” super rigs running 40” tyres, we’ve built hundreds of uniquely modified vehicles − and no two projects have ever been the same. But there’s just one problem: Bigger isn’t always better.

Just kidding…! Of course bigger is better; but, as many of you know, big rubber needs big power, and no amount of spending on diff ratios is going to change that fact.

It is because of this that Zone Off-Road has spent the last four years sourcing the industry’s most reputable and reliable engine-upgrades, specifically geared for the demands of running a big rig.

Whether it’s a trail-conquering JK, or an overland-ready V8 Land Cruiser, we know how far you and your vehicle have journeyed down the modification road… only to find that your dream 4×4 is now hunting for gears, or gasping for power. So, we’re pleased to announce the launch of our dedicated ZONE PERFORMANCE division.

This specialist department is now geared for our tried-and-trusted HEMI V8 conversions, SPRINTEX superchargers, and complete ARMAX engine-management systems that work in conjunction with our unique large-bore Safari ARMAX snorkels.

The only question is: Which solution is right for you?

Unlike other piggy-back systems that can’t adapt to changing driving conditions, the ARMAX engine-protection system constantly monitors your vehicle’s Exhaust Gas Temperatures as well as other feedback-systems for total drivetrain safety and reliability. The system boasts 5 pre-calibrated maps that allow you to alter the software for a variety of driving conditions.

The result includes more engine power, more torque, and better throttle response. The ARMAX ECU achieves all of this by increasing the open-duration and the injection timing-point of the fuel injector – allowing more diesel fuel to enter the combustion chamber. As a result of the increase in fuel, the engine receives more boost pressure from the turbocharger, and thus optimises the air-to-fuel ratio.

Thanks to the plug-and-play wiring harness, the installation is quick and easy−and completely removable if you ever want to sell the vehicle and keep the system. The Safari ARMAX ‘X and Z Series’ ECU requires no upgrades, no additional units, and is specifically designed for your 4×4 vehicle.

What’s just as exciting is that the ever-popular Safari 4×4 snorkel has recently seen a huge upgrade in the form of their new ARMAX Safari Snorkel. Engineered on a custom-built flow bench, the new snorkel system delivers 25% to 70% more air than the stock air cleaner allows – while providing a raised air-intake system.

For more information on the ARMAX system call (011) 314 0055 or visit: https://www.safari4x4.com.au/commercial/ecu-engine-control-units

As far as engine enhancements go, very few mods compete with the benefits of forced induction; and while turbochargers are now commonplace on most modern diesel engines, nothing beats a supercharger for all-out simplicity and bottom-up performance.

In terms of reliability, the SPRINTEX system is tried, trusted, and engineered to OEM specifications. Best of all, if you ever want to sell your vehicle, you can reverse the procedure and completely remove the supercharger in less than a day’s work.

If you’ve ever dreamed of owning a V8 powered JK, then the AEV conversion is just for you. Made entirely from OEM parts, the AEV conversion is 100% turnkey, meaning that the kit requires no backyard fabrication or ‘maak ’n plan’ mechanics: everything from the gearbox adaptor to the wiring harness is Jeep-approved.

The conversion takes approximately 40-hours to complete, and once it’s done, your new 5.7-litre V8 JK will rocket from 209 kW to 295 kW. But that’s not the best part! Thanks to HEMI’s Multiple-Displacement System, their 5.7-litre V8 has the ability to run on four cylinders under part-throttle conditions, and it’s only when you open the throttle fully that the other four cylinders charge into life. What this means is that it’s quite likely that your upgraded Jeep will not only see a vast improvement in power and performance, but that you’ll enjoy better fuel economy, too!

So the big question…

How fast is it?

Well, you really have to experience it to appreciate it; but let’s just say that − even with 37-inch tyres − you’re likely to give many GTI owners a run for their money.

For more information on ZONE PERFORMANCE, or any of the above-mentioned products or services, give us a call on (011) 314 0055