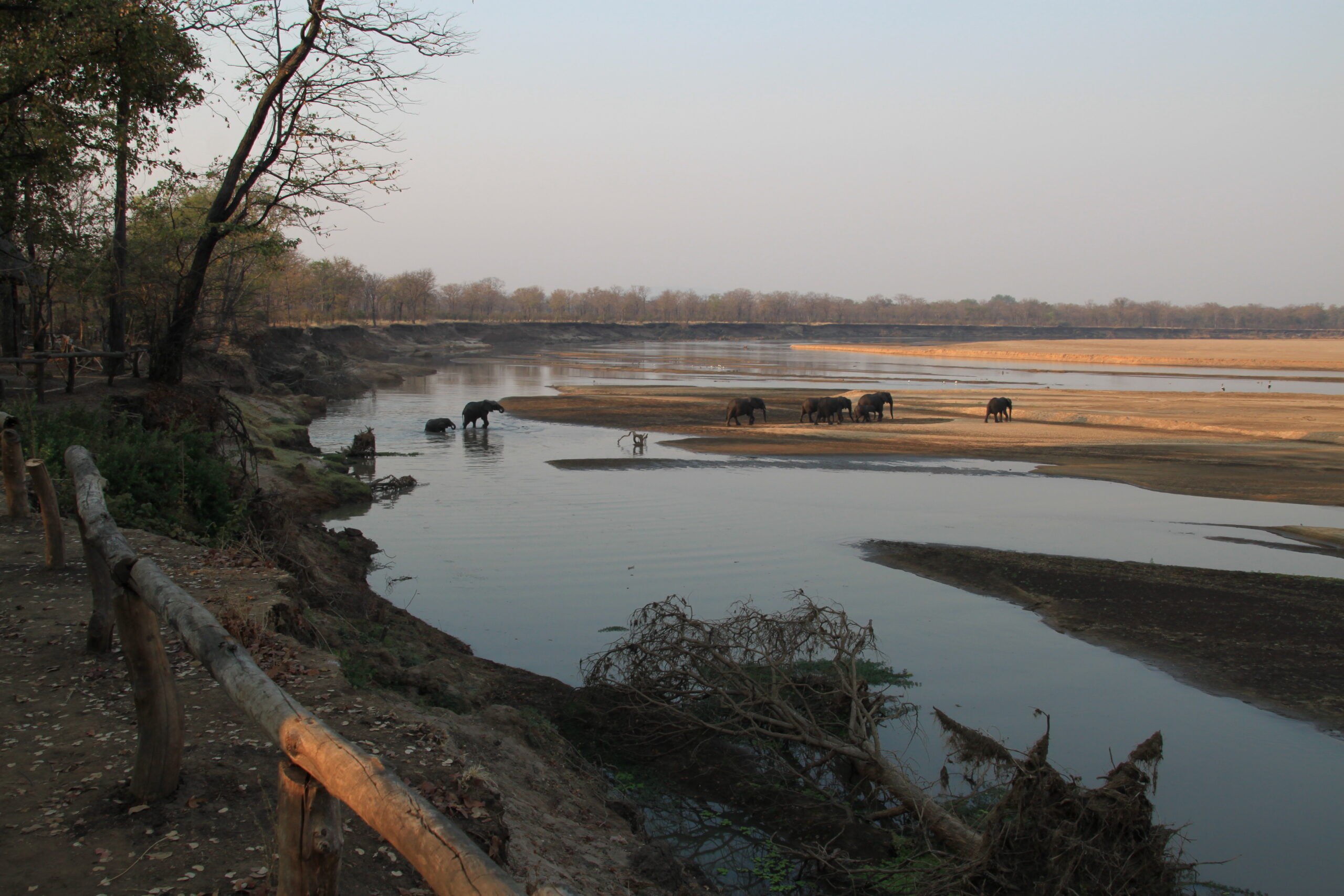 This tour is designed for the intrepid explorer that loves the thrill of wild, unfenced camping in Africa’s wildest destinations. The Luangwa Valley is one of Africa’s prime wildlife destinations.

North Luangwa National Park, usually known just as ‘the North Park’, covers 4,636km² of the Luangwa Valley. The North Park is largely untouched, with few roads and restricted public access, offering a wilder experience of the Luangwa Valley than the much larger South Park. The game in the North Park is similar to the South Park, although there are some notable differences.
The escarpment brings some more unusual mammals to the North Park, including occasional sightings of sable antelope, bushpig and blue monkeys. In the North Park you’re more likely to see Cookson’s wildebeest, one of the valley’s endemic subspecies. However, you won’t find any giraffes here, they are rarely seen north of the Mupamadzi River. Eland, the largest antelope, are more common in North Luangwa, and Lichtenstein’s hartebeest are also seen more often than in the South Park. Lion and buffalo are numerous in the North Park, with buffalo herds even larger than those in South Luangwa, and some very strong prides of lion.

Experts have dubbed South Luangwa to be one of the greatest wildlife sanctuaries in the world, and not without reason. The concentration of animals around the Luangwa River, and its oxbow lagoons, is among the most intense in Africa.

The Luangwa River is the most intact major river system in Africa and is the life-blood of this 9059 km2 Park. The Park hosts a wide variety of wildlife, birds and vegetation. Amongst South Luangwa’s many herbivores, three several stand out as being endemic to the area. The beautiful Thornicroft’s giraffe has a different (and more striking) coloration than the giraffes in the rest of southern Africa. The main predators in the Luangwa Valley are lion, leopard, spotted hyena and wild dog. Of these, lion are probably the most common, and their large prides are often easily spotted. South Luangwa has a top reputation as a first-class park for leopard. This is largely because leopard hunt nocturnally, and South Luangwa is one of Africa’s few national parks to allow spotlit night drives. 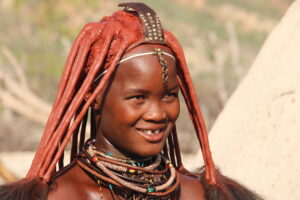 Recent floods, wildlife sightings and challenging roads make for good adventure as a group of travellers take the scenic route from Etosha to the top 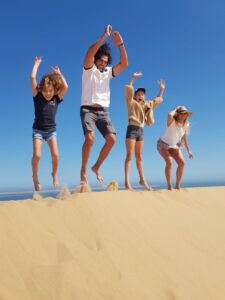 A meeting of two unstoppable forces

Namibia is a majestic place distinguished by the ever-changing Namib Desert, which kisses the cold waters of the Atlantic Ocean. Namibia is a home away 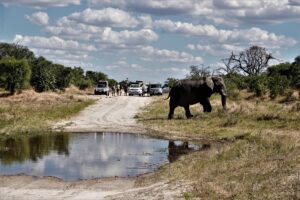 André van Vuuren takes a group of like-minded adventurers on a adventure through Botswana to escape the Covid-19 lockdown blues.