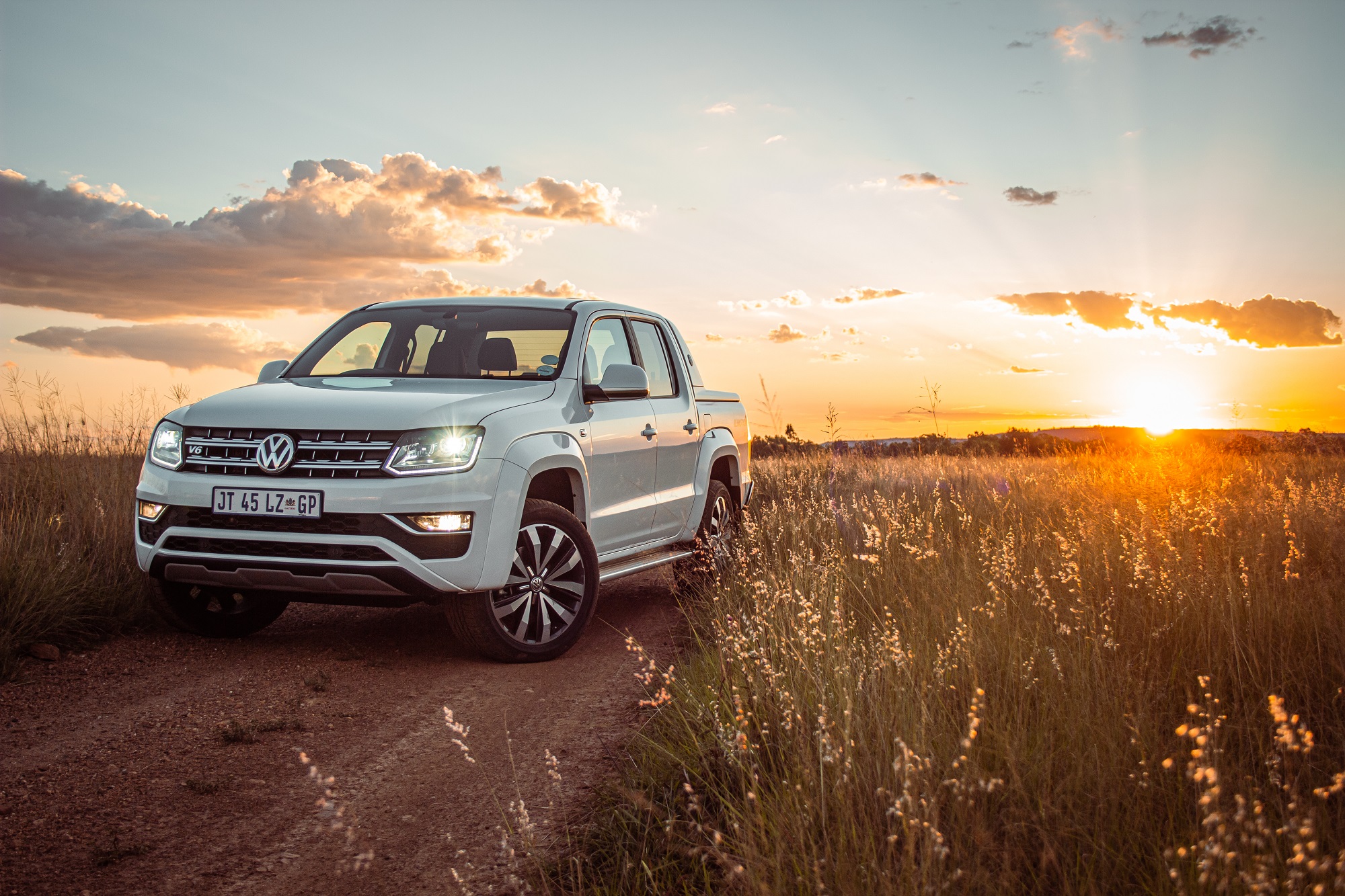 If you are after the fastest, most powerful bakkie on sale in South Africa today then you need to turn to the Volkswagen Amarok. When Volkswagen first dropped its brute of a 3.0-litre V6 turbo diesel into the car it developed 165kW and 550Nm of torque. Now though it has been given even more power. I was handed the keys and set off to the picturesque Sibani Lodge to fully experience the new updated Amarok V6.

The Amarok range, which was launched in South Africa in 2010, has sold over 37 000 units. In the early days Volkswagen only offered the Amarok with a choice of petrol and diesel 2.0-litre engines, the competition in the form of the Ford Ranger offered a 3.2-litre and the Hilux and Isuzu featured 3.0-litre engines. This seemed to put a damper on the overall attractiveness of the Amarok despite it matching and out-performing the competition.

The Amarok was mocked for its milk bottle displacement which caused Volkswagen to silence the naysayers. A few years ago the dropped a 3.0-litre turbo diesel V6 into the Amarok which developed 165kW and 550Nm of torque. Now though, while the competition is downsizing their engines the German automaker has decided to up the power even more.

Enter the new powerhouse within the bakkie segment; the 190kW, 580Nm Amarok. That’s 25kW more power as well as 30Nm more torque than the outgoing 165kW derivative and it can be felt. The Amarok 3.0-litre V6 TDI generates its 190kW from 3 000 to 4 500 rpm and the 580Nm of torque between 1 400 to 2 750 rpm.  That power is channelled through its standard eight-speed automatic gearbox. If those performance figures are not enough then what about a zero to 100 km/h sprint in just 7.6 seconds thanks to launch control? The Amarok will stop chugging at its top speed of 207km/h, which it reaches rather effortlessly.

From a styling perspective the Amarok still looks relatively good despite its age. The front bumper features chrome design elements, a V6 badge and the headlights make use of noticeable LED day-time running lights. The Amarok features prominent character lines which give it a somewhat squared shape, which I like. It looks bigger and wider than what it actually is. The Extreme version, seen here gets larger more stylish wheels as well as a rear styling bar.

On the inside you will find a well-equipped cabin with a visually appealing facia shod with an infotainment screen that supports Android Auto and Apple CarPlay. It is a tad on the small side compared to what is currently found in the Ranger and Hilux models. That said, both front seats on my tester were electric and heated and I also had a colour display on the instrument cluster. The arm-rest is pretty large and the duel-zone climate control is easy to use and get to.

While the Amarok doesn’t have a low-range, it does have clever electronics in the form of an ‘off-road’ mode. When this is activated the gearbox tends to utilise first and second gear more efficiently, – it feels very similar to that of a low-range gear. There is also a rear diff-lock which should help with most situations. The Amarok also offers 237mm of ground clearance, rear diff-lock, plus there is an off-road ABS system as well as 4Motion all-wheel drive.

The Amarok returns an impressive driving experience, it is comfortable and well equipped. The overtaking ability is effortless which adds to the experience. Many a time one needs to remind yourself that this is not a German SUV but a bakkie (pick-up). Unfortunately, this Amarok is rather expensive and one needs to dig deep if you want ownership of the most powerful bakkie in SA. The standard model will set you back R921 900 however this Extreme version costs R996 000. While it is a lot of money it is also a lot of bakkie. Will I recommend this if you want to venture into the great outdoors, have it work out in the bush, on the farm or on an overlanding trip? No, I would most definitely not opt for this. There are cheaper options out there. However, if you want a vehicle that provides you with practicality and a German SUV like driving experience then this should be on your list.

The Volkswagen Commercial Vehicles Amarok comes standard with a 3-year/100 000km manufacturer warranty, 5-year/90 000 km Genuine Easy Drive Service Plan and a 6-year anti-corrosion warranty, which is the best in its class. The service interval is
15 000km.