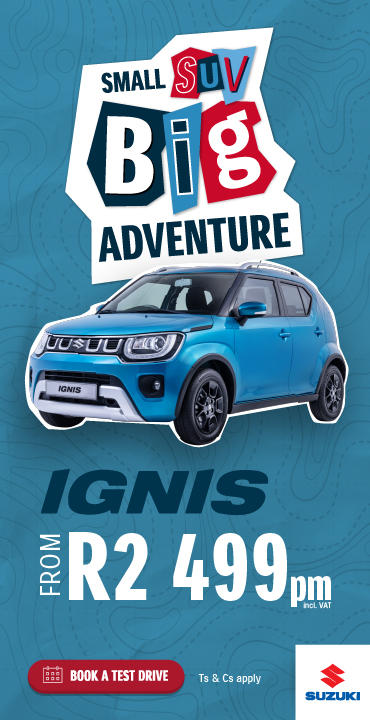 Battle of the compact diesel SUVs: Creta vs Duster 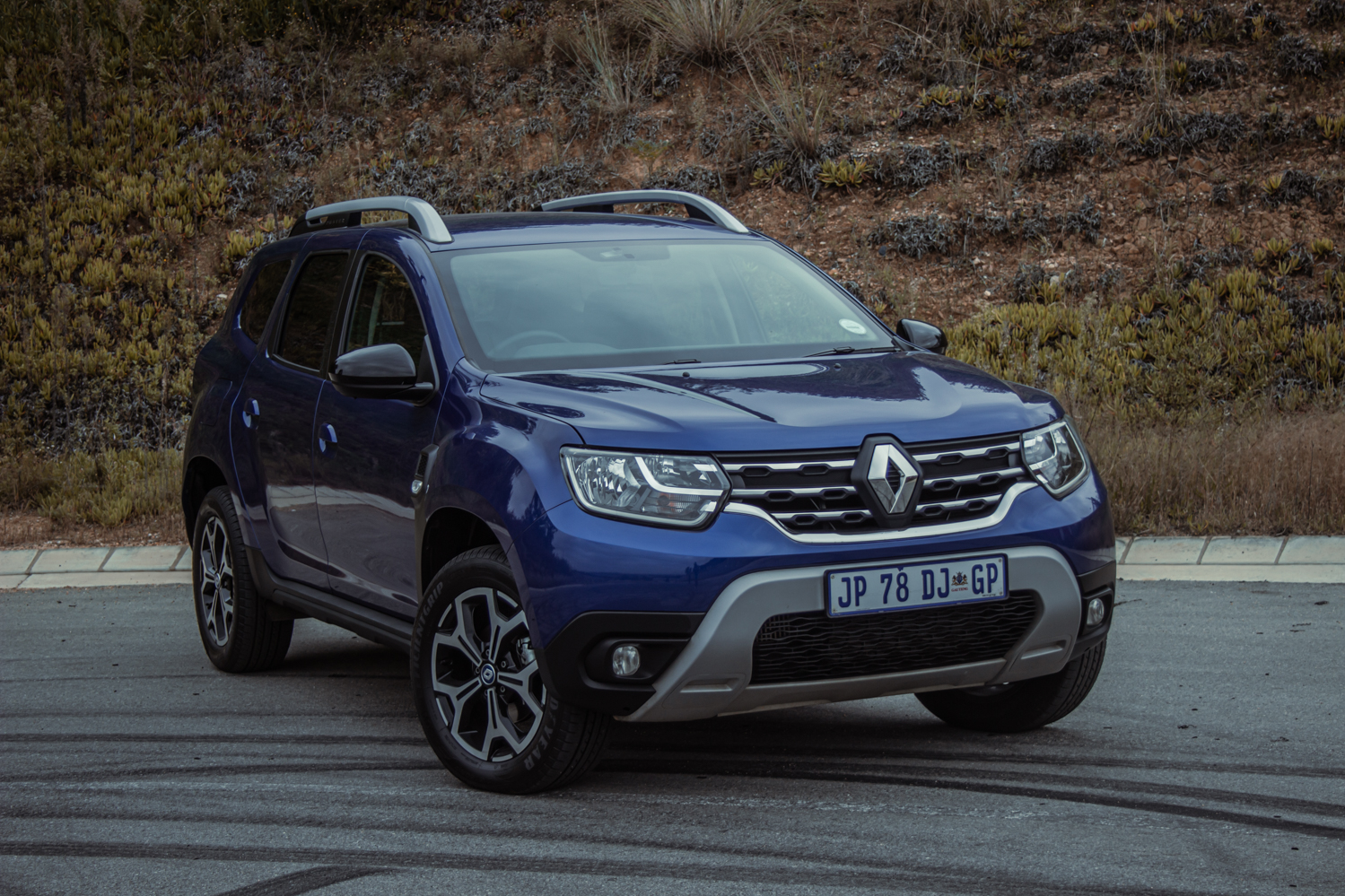 The entry-level compact SUV segment is a highly contested segment the world over. Here in South Africa, this segment has grown exponentially over the past few years. Customers are moving out of sedans and hatchbacks into the compact SUV. Two of the most popular choices within the segment are the Renault Duster and Hyundai Creta, both are diesel, both are very impressive and both have been updated. Justin drove both and shares his thoughts.

The first-generation Hyundai Creta was a real hit within the compact SUV segment. The latest offering aims to build on that popularity. I spent a few days with this somewhat interestingly designed vehicle to see what all the fuss is about.

The newcomer is based on a new platform and it also features an array of fresh engines which include a naturally aspirated petrol as well as a turbocharged petrol motor. This one seen here is however powered by a 1.5-litre diesel and as far as engines go, this is the one that you should get,

While the styling does tend to raise a few eyebrows – mine included – I did get used to it after spending time with it. The Creta is different, it stands out, it’s unconventional and one slowly starts to appreciate that the more time you spend with it. Granted, the front is less ‘unconventional’ than the rear. This new Creta adopts Hyundai’s new Sensuous Sportiness design which makes extensive use of angular, narrow daytime LEDs and bold grilles. This design language can be seen on many new Hyundai models. I also like the contrasting black roof on this model as well as the 17-inch alloy wheels.

The rear is still somewhat of an acquired visual taste so to say. It features sharp, segmented rear lights along with a light bar that extends across the width of the boot below the rear window. I think that the body colour hid what could be considered to be the most polarising part of the exterior.

The interior has, like the exterior been completely redesigned and it looks great. Designers seem to have placed emphasis on a minimalist look and feel. Very few buttons adorn the facia, instead, you get an 8.0-inch screen that is also Apple CarPlay and Android Auto compatible. It also features a matte finish which does a great job preventing excessive reflections.

The facia, seats and doors also featured a dual-tone colour scheme which I like as well as ambient lighting. While it looks good, it also creates an impression of space making the Creta feel bigger than what it is on the inside.  Unfortunately, many of the surfaces that you interact with are made of hard plastic. In terms of practicality, the Creta features a 433-litre boot, which expands to about 1401-litres with the rear seats folded flat.

Now, let’s talk about that gem of a motor under the bonnet. As mentioned it is a 1.5-litre turbo diesel and it should be the only one that you consider, and here is why. This little four-cylinder oil burner develops 84kW and 250Nm of torque. Power is delivered to the road via a 6-speed automatic gearbox. While not the most powerful thing around the Creta does offer decent torque low down and I found that when you adjust your driving style and consider the fact that this is a little diesel, which means don’t drive it like you just stole it, the Creta rewards with impeccable fuel economy.

After four days and 400km of mixed driving (highway and town) only then did the needle move off of full. After my week of driving over 560km at an average of 5.1l/100km the car went back with a tank still well over half full.

The Creta also offers 190mm of ground clearance, meaning that despite the front-wheel-drive layout, it is able to tackle some gravel roads and get you on your weekend adventure. Overall the cars on and off-road behaviour is commendable.

One of my, if not my favourite compact SUV is the Renault Duster. So much so that I have recommended it to family members and friends who are beyond happy with their purchase, and here is why.

The Duster is Renaults global car which means that it is available in a variety of countries. This means that the car needs to work well in those countries, in various conditions. The Duster has grown in popularly here in South Africa and it is understandable.

The Duster looks a bit more rough and ready when compared to others within the segment. It offers a muscular design that is also relatively modern and, to my eye, good looking. I also like that fact that the Duster offers a class-leading ground clearance of 210mm for all-terrain. Although this is not the 4×4 model, it still sports noteworthy approach and departure angles of 30° high approach and 34° departure angles respectively, deeming it suited for all terrain driving.

The TechRoad, as seen here features some niceties such as new 17” Diamond Cut wheels ensuring a more assertive profile, new prominent silver roof rails, and front and rear skid plates that support its adventurer credentials. The chrome trim of the grille, alongside a raised waistline and the powerful C-shaped light signature complete the powerful stance of the New Duster.

The interior is also a pleasant place to be. Like the Creta, it is made of some hard plastics but they don’t feel cheap. I like the material seats which elude to a more user friendly durability. They have been designed for quick drying for those who enjoy water sports. The Duster also features a touchscreen infotainment system that offers standard navigation as well as Apple CarPlay and Android Auto which is a huge plus in my books.

The TechRoad also features contrasting blue stitching throughout the cabin as well as blue patterns on the seats. The Duster also features a modular interior layout to easily adapt to your needs, with the rear bench seat featuring a 1/3 – 2/3 split-fold function, while the boot boasts best-in-class loading capacity of up to 478L.

Like the Creta the Duster seen here is powered by a 1.5-litre turbo-diesel motor and again, like the Creta it glides along for hundreds of kilometres before its fuel gauge starts to move. The motor develops 80kW and 250Nm and power is sent to the front wheels via a 6-speed EDC automatic gearbox. Renault claims average fuel consumption of around 4.8L/100km. and that is entirely achievable. Like the Creta, the Duster and I raked up over 500km within our week and it was returned with more than half a tank of fuel.

Both cars offer decent ride quality and features. Both will glide on a sniff of fuel and I am convinced that the Creta will clock up close to 1000km on a tank like the Duster will – something which I have achieved before. As much as I like the Creta and its well-designed interior it will be the Renault Duster TechRoad EDC that gets my vote. It is also almost R100 000 cheaper than the Creta. The styling is modern yet not overly busy. It is muscular in its appearance and the interior is spacious and seemingly durable. Either way, both cars are extremely impressive and choosing between them comes down to personal preference. 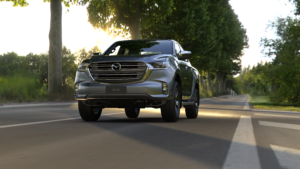 More is more with the Mazda BT-50

After the global reveal of the all-new Mazda BT-50 in June, fans have eagerly been waiting for more detailed information on this fully redesigned bakkie option from the Japanese automaker. These are the key things you need to know: 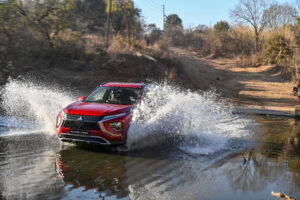 Soon after its 2019 introduction, Mitsubishi has released the second generation of its front-drive compact SUV contender, the Eclipse Cross, with a raft of improvements to styling, safety, technology and performance. 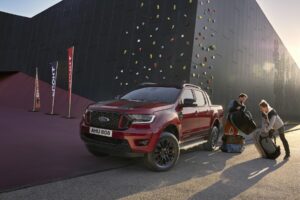 Another special edition for Ford

Considering the success of the Ford Thunder introduced in in August 2021 and boasting close to 2 000 units sold, it comes as no surprise that 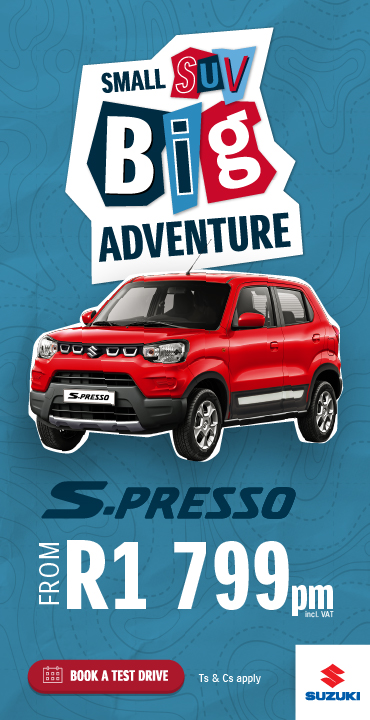 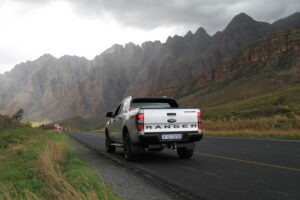 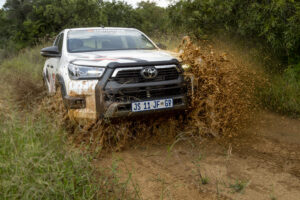 Hilux steady at the top

When you think bakkie, for many people one vehicle first springs to mind. It’s probably the first bakkie you saw as a child and the 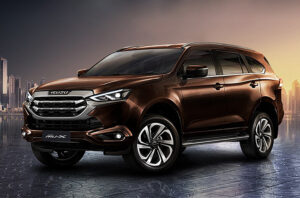 The latest Isuzu MU-X has been spotted out and about

While we wait, and wait and wait a bit more for the new Isuzu D-Max to arrive spy shots of the MU-X have been shared