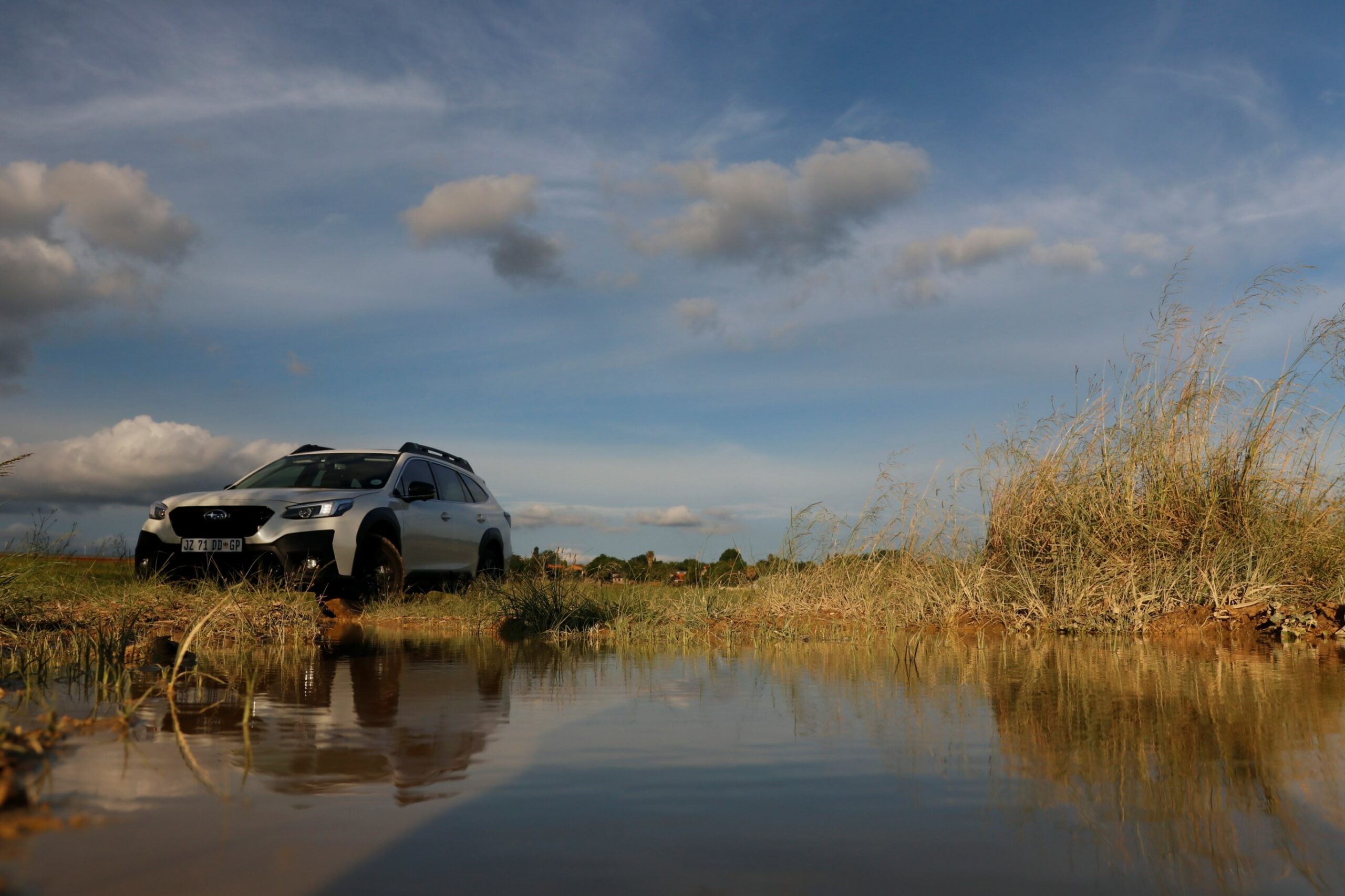 The Subaru Outback has long been synonymous with adventure travel in countries like Australia and the USA, but has never been a volume seller in South Africa. Can the recently launched sixth generation rake in some of that SUV growth? Anton Willemse Jnr got behind the wheel and shares his thoughts.

I grew up in a house obsessed with motorsport and rally racing in particular. Like most boys who grew up in the early 2000s, there was one car that captured my heart and imagination: the Subaru Impreza in the yellow and blue decals piloted by the greatest speed demon of the sport, Colin McRae.

Now I know the Impreza isn’t the outback, but remember that Colin briefly raced a Legacy before moving over to the famous Impreza. This, of course, was the car that became the base for arguably the first-ever crossover, the Subaru Outback. To my mind, this gives the Subaru Outback some form as a rally car cred – okay, that might be a bit of a stretch, but the heritage is relevant here.

The Outback has never been a volume player in the South African market, and it seems most former station wagon buyers have gone over to mid-sized and small SUVs such as the Toyota RAV4, Nissan X-Trail, Kia Sportage, Mazda CX-5 and VW Tiguan. In reality though, the Outback’s high ground clearance, X-mode permanent four-wheel drive system and solid build give it as much, if not more capability than many of the lesser rivals out there. So, what does the Outback have to distinguish it as a raised crossover-style vehicle in a sea of taller SUVs? Well, the new sixth generation is, in fact, an all-new model which is 50mm longer and 30mm wider and is now based on the Subaru Global Platform which provides a 70% stiffer bodyshell. The look of the Outback is familiar though, and the newcomer innovates while retaining its core identity. With its bold plastic cladding and roof rails it has that adventurous look and feel you expect from an Outback, and, true to form, Subaru did not compromise practicality for the sake of aesthetics.

The Outback’s claim to fame has always been practicality and safety, and this new generation truly elevates that. This is an exceptionally spacious vehicle, with a massive 522-litre boot and rear seats which fold down flat to transform this wagon into a van of sorts in a matter of seconds. It has a whole lot of storage space, which means that all the odds and ends that are usually littered around the cabin, can be concealed or securely placed to avoid cluttering up the vehicle. The rear seating is brilliant. It has more than enough space for three adults. The lack of a third row might be an issue for people with larger families, but the bonus is that superior boot space and a full-sized spare wheel.

Subaru states that this new platform produces a safer and stiffer Outback. The new body absorbs up to 40% more energy in a front-side collision and has eight airbags as standard to keep you and your family safe. The cabin is filled to the brim with technical safety features, with the manufacturer claiming that this is the safest, most advanced, and most capable car in the brand’s history.

The Outback boasts a large 11.6-inch tablet-style StarLink infotainment system and while it is Android Auto and Apple CarPlay compatible (pretty standard on most vehicle  nowadays), it is not wireless which is the latest important trend. However, the StarLink software offers an outstanding selection of apps providing content like music, weather, podcasts and navigation on the infotainment system as standard. The brilliant 12-speaker Harman/Kardon sound system makes long drives an absolute pleasure, while other comfort-oriented tech includes 10-way electric adjustable front seats with heating and cooling functions, seat warmers in the rear seats, and nice touches like the two 12V DC power sockets in the front and second row.

We tested the Field version of the latest Outback, which features select black and green trim, blacked out 18-inch wheels and fabric seats, as opposed to the dominantly chrome external accents and leather seats on the pricier Touring version. The fundamentals of the technology and safety features are the same. Thanks to Subaru’s ground-breaking EyeSight technology, I always felt extremely safe in town and on the open road. This innovative driver aid acts as an extra set of eyes, keeping you safe and on the road.

A new safety feature in the Outback is a distraction migration system called DriverFocus – essentially a set of cameras tasked with making sure that the driver remains focused on the road. It even detected excessive yawning, and gave me a warning to pull over and take a break. The Adaptive Cruise control, also powered by EyeSight, worked great – I doubt that my right foot ever touched any pedal while cruising on the open road. The only issue I have with these active safety features is that it makes the car feel nervous when commuting in town. I got the distinct sense it wasn’t designed for the type of chaotic driving that occurs in a country like South Africa. As a result, I found myself switching it off in town and taking control.

As I mentioned at the start, the Outback is no speed demon in terms of performance. South Africans only get one engine option, a revised naturally aspirated 2.5-litre boxer engine now offering 136kW and 239Nm of torque. It is slightly more potent than the previous version which had 129kW/235Nm, and slightly more fuel efficient, which one would expect as Subaru claims 90% of its components were changed or tweaked.

The same goes for the standard Continuously Variable Transmission (CVT), which was reprogrammed and had 80% of its elements changed. The Outback’s CVT is one of the better examples I’ve driven, as it properly simulates seven gears and doesn’t have that irritating rubber band effect where it bounces from higher to low revs on acceleration. While Subaru claims this drivetrain combination is fuel efficient, and the revisions have improved matters, this is still a heavy vehicle. I only achieved 11 litres/100km on the town commute, though this came down to 9 litres/100km on the open road.

To conclude, I think the Outback is a brilliant car and I enjoyed my time with it. However, given its premium positioning, my guess is it will struggle to stand out among the many cheaper crossovers and SUVs now flooding the market. However if you are in the market for this type of vehicle, you will not be disappointed by the Subaru Outback. It is comfortable, spacious, and quiet, and will work as a proper tourer, while keeping your family safe. The Outback stays true to its roots without compromising on innovation – certainly an enjoyable ride in what has become a niche market. 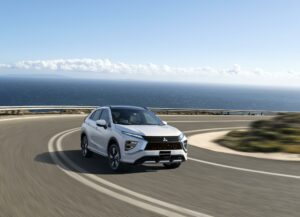 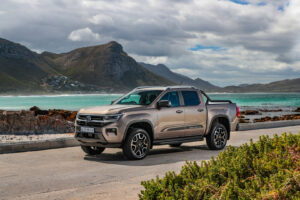 Cape Town recently played host to the international launch of the new Volkswagen Amarok. While South Africans will have to wait a little longer before being able to get their hands on one, we thought we would whet your tastebuds with an overview of some of its key features. 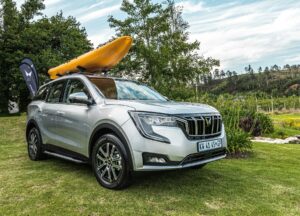 Continuing to hit the right notes

Built on an all-new platform from the ground up, the Mahindra XUV700 is set to disrupt the South African market with its unmissable design, spirited performance, sophisticated dynamics, sci-fi technology, and world-class safety. Anton Willemse Snr attended the media launch and gives his initial impressions. 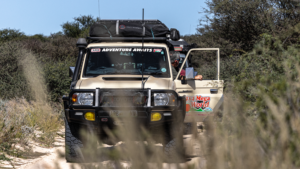 Man and beast in the wild Kalahari

Bernie Williams, who manages the 4×4 Mega World Offroad Club, fell in love with all things bush, bundu and wild camping as a young lad. That passion has only grown over the years and has moulded him into a man of the wild, a man with a pure love for the bush and adventure. 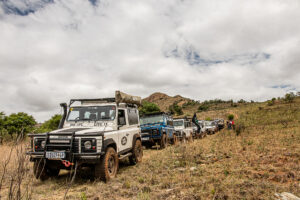 Hooked on a feeling…

Regular readers will by now be familiar with Bush Run and the antics of the enthusiastic guys and girls who form part of this group of Land Rover fanatics. So, when they invited us to tag along on a weekend away in the mountains just outside Lydenburg, Anton and Mary Willemse jumped at the opportunity to meet this crazy bunch.