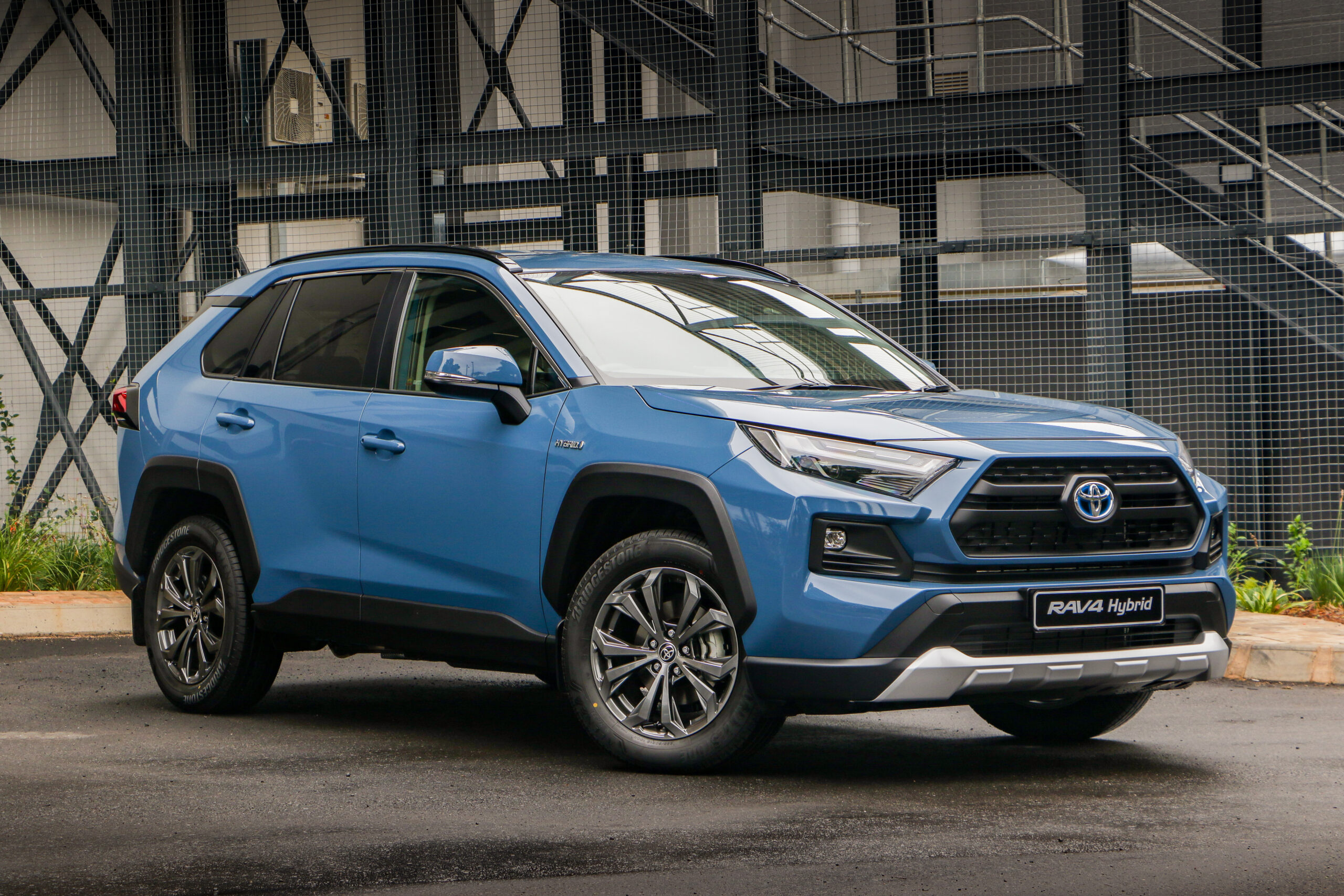 Toyota first introduced the RAV4 Hybrid locally in 2021, available in front-wheel-drive (FWD) and GX specification. I was fortunate enough to have one at my disposal for the entire month of December and came away impressed by the punchy 2.5-litre hybrid powertrain and a truly enjoyable driving experience. In fact, I was so taken with the Hybrid that I did what I thought was a pretty good job of convincing a family member to buy one, only to be told that she would prefer it in higher spec.

At the end of March, I could go back to her and report that her wish had been granted, as Toyota had introduced GX-R and VX versions to replace the GX. At the same time the entire RAV4 range was realigned to make it even more appealing to potential buyers.

The RAV4 has always been an attractive vehicle. In the new GR-X these already rugged good looks are enhanced with prominent black cladding, black over-fenders and a silver bumper protector. A large trapezoidal grille, with two parallel crossbars, and wide-set fog lamps frame the hybrid-exclusive blue-hued Toyota insignia.

The interior on the GX-R features leather trim (including on the steering wheel and shift lever), as well as orange detailing that adds a bold touch.

VX variants boast all this and then some. Additional features include front and rear park distance control, auto high-beam functionality and auto-fold operation for the exterior mirrors. A highlight is a digital rear-view mirror, which uses rear-facing cameras to project a wide-angle image onto the mirror surface. This function is user selectable, allowing the driver to toggle between traditional and camera views, at the touch of a button.

Both spec levels have a semi-digital instrument cluster, which incorporates a Multi Information Display (MID). Dedicated screens are provided to monitor eco driving performance (including an EV-mode usage infographic) and E-FOUR operation, alongside the usual MID parameters.

Any modern vehicle worth its salt should have a decent amount of standard safety and security features and in this respect the RAV4 certainly doesn’t disappoint.

A full complement of airbags is present, including side and curtain variants, as well as an anti-theft system.

Of course, the two hybrid models are the showstoppers of the RAV4 line-up. Both use Toyota’s fourth-generation hybrid system which in RAV4 E-FOUR execution combines a 2.5-litre Atkinson cycle 4-cylinder petrol engine with an electric motor (on the front axle), while adding a rear-mounted electric motor (MGR). The power units are coupled to a CVT transmission which, to my surprise (I’m not a CVT fan), does a really great job of integrating the power sources to deliver smooth acceleration. This not only provides the vehicle with new energy credentials, but adds on-demand AWD to the powertrain matrix. Drive Mode Select allows the driver to tailor vehicle dynamics to usage conditions (Eco/Normal/Power) which in turn are joined by EV-mode and Trail Assist switches, for condition-specific operation.

In terms of performance, the engine of the RAV4 delivers 131 kW and 221 Nm of torque in pure ICE trim. The electric motors pitch in 88 and 40 kW respectively (front/rear), with the complimentary torque numbers registering at 202 and 121 Nm. The total system is rated at 163 kW, while top speed is specified as 180 km/h.

Fuel efficiency remains one of the key hybrid credentials, with the RAV4 E-FOUR Hybrid being no exception. Toyota claims a combined-cycle figure of 4.8 l/100km kilometres and a theoretical range of 1 145km from the 55-litre fuel tank. The best I could achieve on the launch route (and during my extended period with the RAV4 GX in December) was 5.2 l/100km.

More good news for lovers of the great outdoors is that E-FOUR models can tow up to 1000kg braked and 750kg unbraked.

A six-services or 90 000km service plan is standard, with service intervals pegged at 15 000 km/12 months. Toyota’s standard 3-year/100 000km warranty is included and hybrid customers have the additional peace of mind of an 8-year/195 000 km hybrid battery warranty. Service and warranty plan extensions can also be purchased from any of Toyota’s 220 dealers.

The previously offered GX models have been removed from the RAV4 line-up entirely and there are now five derivatives to choose from, in both conventional petrol and hybrid configuration.