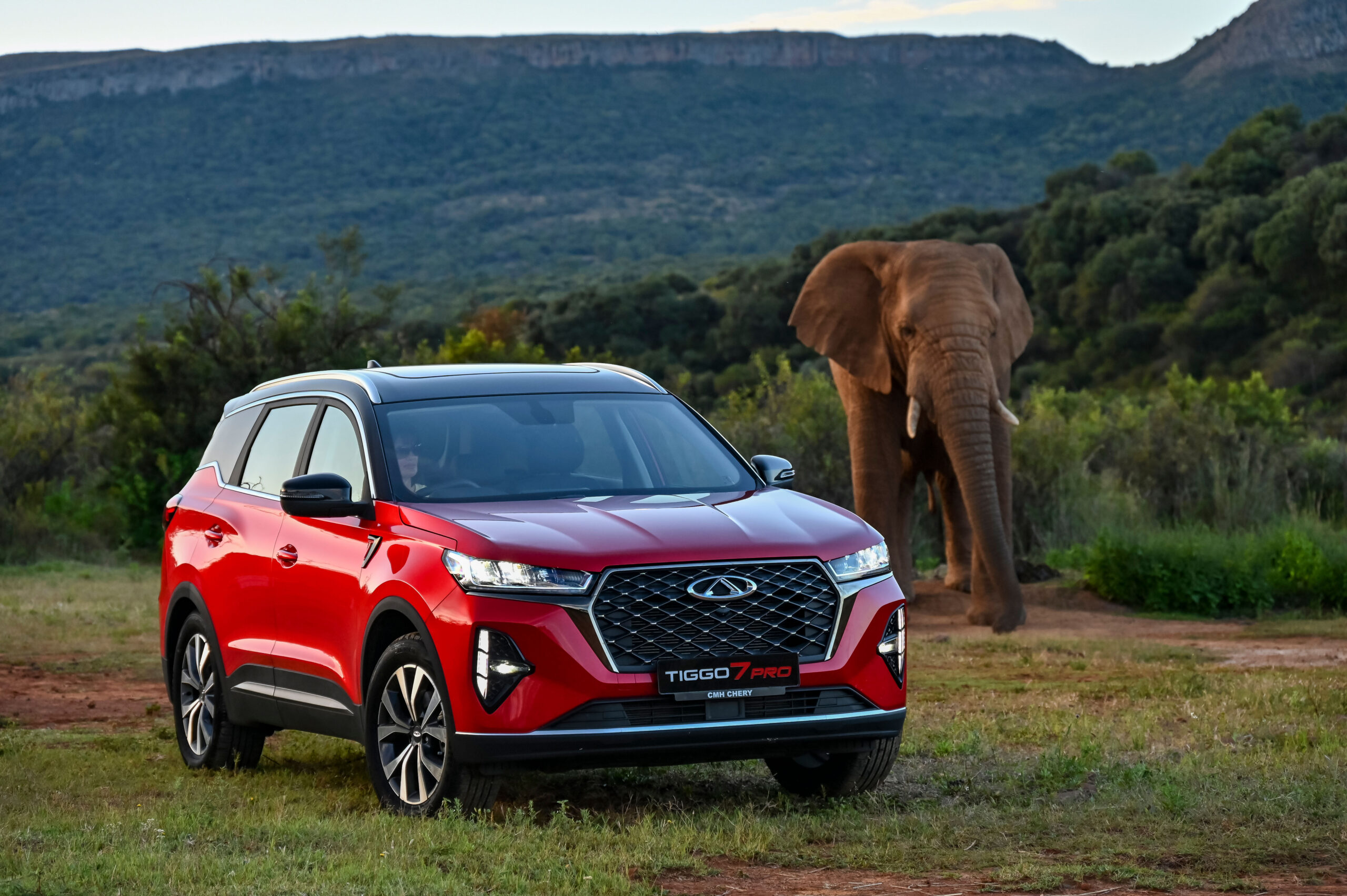 Chery has been rather busy of late, embarking on an aggressive model onslaught that has already seen the local introduction of the Tiggo 4 Pro and its bigger sibling the Tiggo 8 Pro. The latest addition to the local line-up is the Tiggo 7 Pro, which slots in between the two and offers technology, luxury and a modern design.

With two models on offer – Distinctive and Executive – the newcomer boasts five seats and will compete in the upper-midrange SUV segment of the market.

The Tiggo 7 Pro shares many of the design cues of the Tiggo 4 Pro and the Tiggo 8 Pro. Notable features at the front end include a hexagonal grille with three-dimensional diamond-shaped brightwork, elongated front lights that run from the grille to the start of the sharply creased shoulder line, and the deeply scalloped lower bumper and air intakes. Viewed from the side, the sporty stance is emphasised through 18-inch alloy wheels and a concave-to-convex curve in the side profile. At the rear, an edge-to-edge lightbar taillight is only interrupted by the large and bold Chery logo. A roof-mounted spoiler and dual faux exhaust surrounds are standard.

Both the Distinctive and the Executive are very well equipped. Both models have electrically adjustable, foldable and heated side mirrors with integrated LED indicators.

At the heart of the Tiggo 7 Pro is Chery’s 1.5 litre turbo-petrol four-cylinder engine.

Equipped with multipoint direct injection and 16 valves (four per cylinder), it delivers 108kW at 5 500 r/min and peak torque of 210 Nm in a flat torque power band between 1 750 r/min and 4 500 r/min. Power is delivered to the front wheels through a CVT transmission with nine pre-programmed “spreads”. The gear shifter is fully electronic.

The interior of the Tiggo 7 Pro is well appointed, offering black synthetic leather upholstery with contrasting stitching. The driver’s seat features six-way electric adjustment, and in the Executive model the passenger seat has four-way electrical adjustment as well. The leather-clad steering wheel has controls for the infotainment and voice command system and can be adjusted in four directions. Both models have a push-button Start/Stop system.

Three large-format digital displays take pride of place in the cabin. The first is a seven-inch digital centre information panel in front of the driver. A second 10.25-inch LCD screen crowns the centre console and forms the heart of the vehicle information and entertainment settings. The third screen is flush-mounted below the infotainment system and screen features the newest technology for the integration of physical knobs (for eyes-free adjustment) and a high-resolution screen for the climate control system.

All Tiggo 7 Pro models have an alarm and immobiliser system, remote locking and window closing and an electrically operated tailgate with programmable height adjustment. The boot has a capacity of 475 litres, which can be expanded to 1 500 litres of storage with the 60:40 seats folded down.

All Chery Tiggo 7 Pro models are sold with a 5-year/60 000km service plan, 5-year/unlimited kilometre roadside assistance, a 5-year/150 000km general mechanical warranty and a 10-year/1-million-kilometre engine warranty. Pricing is R409 900 for the Distinctive model and R444 900 for the Executive.