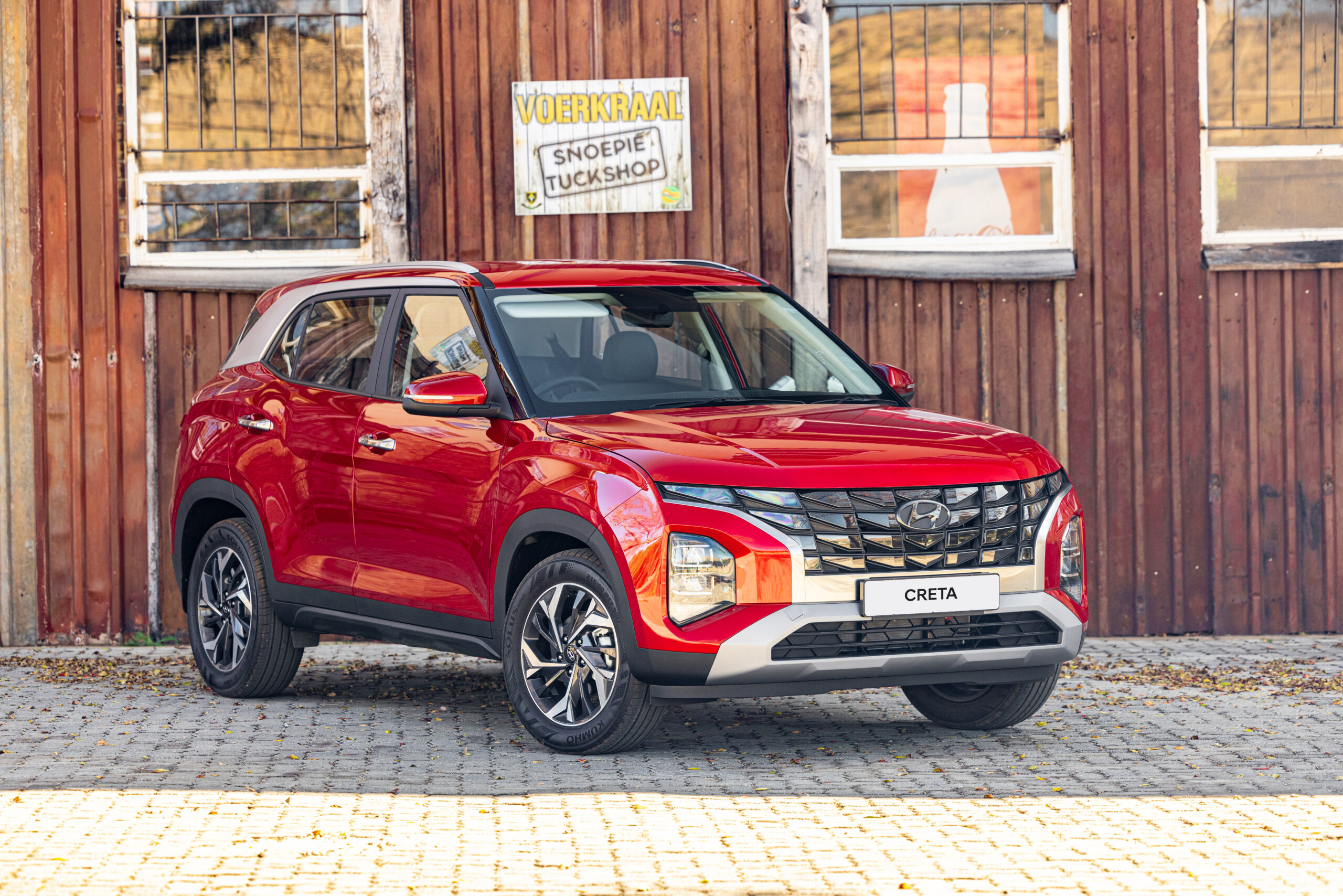 A few months ago, we were introduced to the Hyundai Grand Creta and shortly thereafter we got to know this seven-seater a whole lot better during our compact crossover trip, featuring the biggest players in this highly contested segment. Now Hyundai has upped the ante in this highly competitive local market segment with the launch of the new Creta, featuring an attractive new look, a long list of standard kit and outstanding ride qualities.

The first generation of the Creta was launched in SA in 2017, with a slight mid-term facelift the following year. The second-generation model arrived here in 2020. The latest iteration is built in a state-of-the-art manufacturing plant in Indonesia.

One of the most noticeable exterior features of the new Creta is its parametric jewel pattern grille, with the headlights (halogen for the Premium derivatives and LED for the Executive) below its outer edge. The rear design is also new, and the Creta model name appears in bold chrome letters underneath the company’s logo. Viewed from the side, the new Creta’s styling upgrades include a silver inset that runs from the A-pillar to the C-pillar, while new 17-inch alloy wheels complete the picture.

The cabin of the new Creta is well laid out and devoid of unnecessary frills. There’s plenty of interior space, even for rear passengers, who get a centre arm rest (with cup holders) that folds out of the backrest for the middle seat. The driver gets a seat with height adjustment and a steering wheel with telescopic and height adjustment to ensure a comfortable driving position.

The steering wheel features remote control buttons for the infotainment system, trip computer and cruise control. It also has a button for Bluetooth telephone connection, enabling the driver to make calls using voice recognition. And it goes without saying that Apple Carplay and Android Auto are part of the package, in this case wireless.

The 8-inch touch screen of the infotainment system allows the driver or passengers to select several functions through voice commands. The Executive model offers wireless phone charging as standard.

Apart from the infotainment USB connection in the centre console, the new Creta has an extra 12V power socket, as well as a USB charging socket and storage place in a very useful console for the rear passengers. This console also contains rear air vents for the Creta’s manual air conditioner.

Rear park assist sensors and a camera, which displays its view on the infotainment system’s screen, makes manoeuvring into tight parking spaces easier.

The front-wheel driven Creta features a naturally aspirated 4-cylinder engine with a 1 497cc displacement, linked to either a 6-speed manual gearbox or an automatic Intelligent Variable Transmission (IVT).

The IVT, which uses a chain belt and pulley system with an increased gear ratio span, keeps the engine and gearbox operating at optimum torque levels. Gear changes, with six distinguishable steps, can also be made manually with the IVT.

I have to say that on the launch route to Bronkhorspruit – which included highway, city and rural driving – we had ample opportunity to stretch the Creta’s legs. The engine really is rather good. The transmission also came as quite a surprise as there was very little of the annoying whining one would normally associate with a CVT.

As mentioned, we had the opportunity to drive the Creta on various road surfaces. The ride remained comfortable and surefooted throughout. This is mainly thanks to the McPherson strut front suspension and coupled torsion beam axle (CTBA) for the rear wheels. The latter includes trailing arms and carriers on which the rear wheels are mounted, offering improved compliance characteristics on bumpy roads.

In addition, ground clearance of 20cm and 60-profile tyres on 17-inch rims mean that you can safely venture onto dirt roads.

Speaking of safety, front and side airbags for the driver and front passenger, and two curtain airbags are part of the new Creta Executive derivative’s safety package. Side and curtain airbags are not included in the Premium model. The obligatory ISOFIX child seat attachments on the outer rear seats and 3-point inertia reel safety belts with pretensioners are standard.

Electronic Stability Control (ESC) ensures control, even in difficult road conditions, while a tyre pressure monitoring system gives early warning should a tyre run flat. The Creta also has one of my favourite safety features: Hill-start Assist Control, which holds the vehicle for a few seconds on an incline when pulling off.

The new Creta range is priced as follows: