The bantam vs the mountain 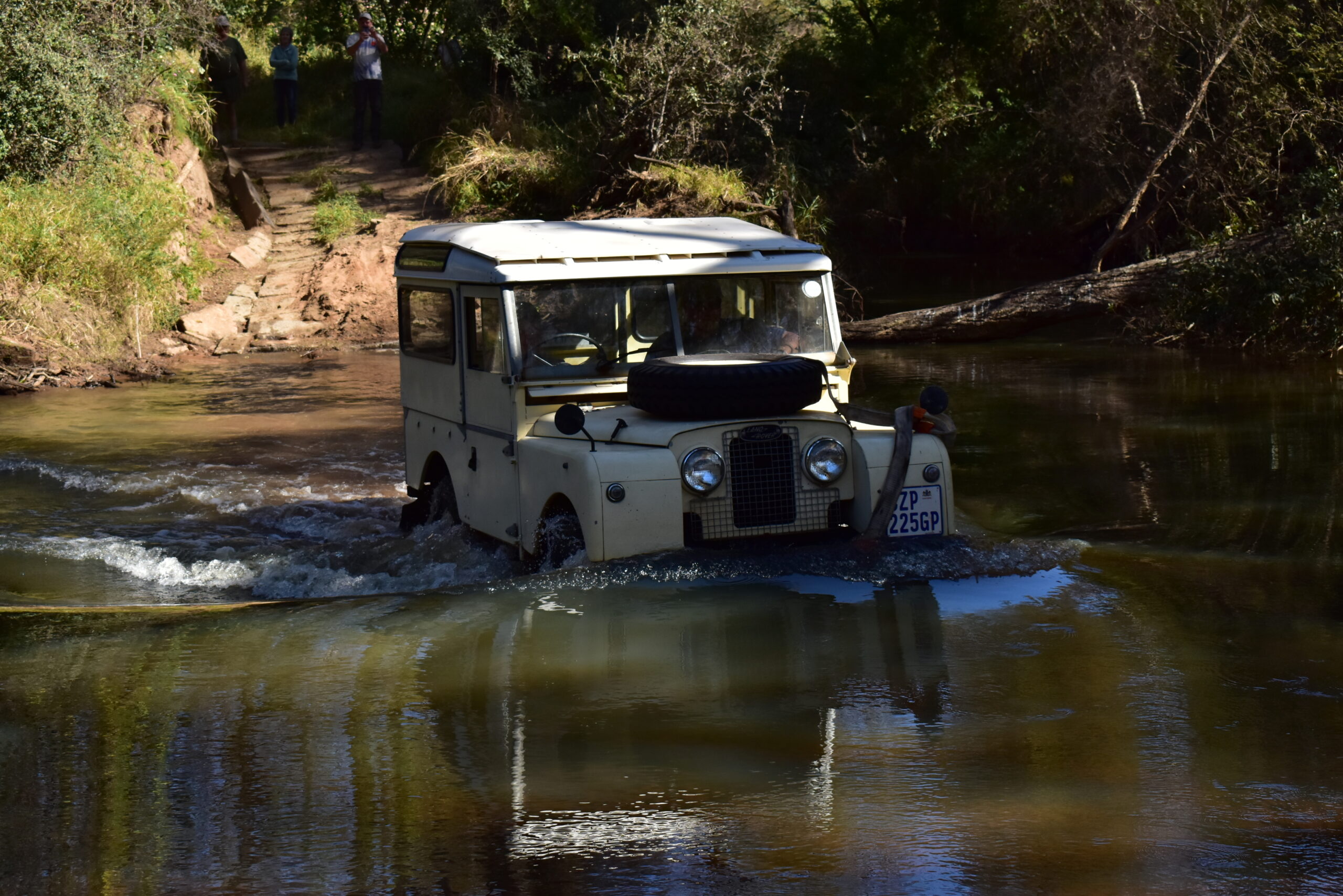 A warm campfire. Friends who have become family. A convoy of Land Rovers. What more do you need? Apparently not much, if Nico Denner is to be believed.

When was the last time you hoisted a flag? After our tenth Bush Run adventure, we decided it was time for our own identity and a flag was made. Because is it even a Bush Run without flying a flag?

Our eleventh Bush Run adventure took our group of Land Rover enthusiasts to the Rust de Winter 4×4 ATV Club campsite, just outside of Pretoria. What a green paradise for winter camping! And, of course, the flagpole had us all super excited – perfect for a new tradition: our daily flag-raising ceremony!

After counting the sleeps to our next adventure, the group – old and new friends, all bound together by their love for Land Rovers – enjoyed the first night of this Bush Run around the campfire, laughing and joking until late into the night. As we searched for warmth around the large campfire, my heart was overflowing – this group of adventurers have become like a second family to me; we all have “green blood” in our veins. What a wonderful camaraderie! On Saturday morning, everyone was up at sparrow’s as we were excited and eager to get our Land Rovers on the back roads again.

After we handed out the goody bags sponsored by The Landy Shop in Middelburg and sports bags from Wayne’s 4×4 in Centurion, the distinctive sound of a TD5 diesel called us to action. Ready for the day, the convoy stopped at the flagpole to raise our Bush Run flag for the first time – what a special feeling! Our guide, Mike Gouws from the 4×4 ATV Club, took the lead as we eagerly embarked on the winding roads towards the mountain pass. On the radios there were quips about mice and men – things were about to get real! For the first time, we had a 1956 Series in the convoy. The little bantam is very cute, but would it be able to tame the mountain?

We were to find out soon enough. At the foot of the mountain, the first challenge awaited us. We knew it would be a steep ascent, but as we got out of our vehicles for a closer inspection of the obstacle, we literally fell over. This is one steep hill, ladies and gentlemen! How would we get up with our rides if we couldn’t even stand up straight? As I walked back to the vehicle, I thought: “Oh boy, this is going to be interesting!” But a Land Rover never backs away from a challenge, and one by one, the convoy conquered the steep ascent.

The little 1956 Series struggled a bit against the loose rocks, but on these Bush Runs, we all work as a team and Ryan’s Range Rover was on hand to help tow it out. Soon we were going again, climbing the mountain with relative ease. Until the next obstacle, that is…

A large rock was blocking the way after one of the vehicles had driven over it. Moving a few 100kg by hand was not going to work, but as they say: teamwork is dreamwork. We used winches and recovery straps to drag it to the side to make the route safe. Again, the chirps about man or mouse piped up – this obstacle would certainly separate the two once and for all! All in good fun, though.

The steep ascent got the better of the little 1956 Series at first. The rest of the convoy came to the rescue, and we decided to hook another Defender in front of Ryan’s Range Rover to support the “old man” as it climbed the mountain. A Land Rover trio, all the way up the mountain. Victory! We made it all the way to the top in one piece and with new respect for the 4×4 capabilities of our vehicles.

After all this action, it was time for a well-deserved break and something for the throat and stomach. We set up a picnic on the mountain and sat in silent wonder, appreciating the beautiful views of the mountains and plains. With renewed energy and enthusiasm, we were ready to tackle the rest of the route. This time the little bantam took everything in its stride until a massive tree blocked our convoy’s path. The hand saws and axes came out and a few minutes later the road was open again. As I said: teamwork!

Back at the camp, it was time for a lekker kuier, and we exchange our thrilling stories, experiences and learnings from the day until the wee hours of the morning. No politics or rugby – just serious 4×4 business. We planned our next Bush Run family weekend and also awarded our infamous “Flenter Injector” floating trophy – to Wayne’s 1956 Series, of course. It may be a mouse in stature, but it had proved that it was pure man!

For Sunday morning, we had vast amounts of fun and learning planned at the 4×4 ATV track. It is the perfect opportunity to test your vehicle and give the less experienced drivers the chance to have a go at a few obstacles. The ladies were especially eager to get behind the wheel to show the men a thing or two.

With the helpful experience and guidance of Olaff de Meyer and Rolf Weirs, the group tackled the obstacles one after the other. Obstacle up, obstacle down, in the water, through the river – and then again! Pure pleasure! The track is perfectly laid out with several obstacles that challenge every aspect of your 4×4 and driving abilities. It is a definite must for every 4×4 owner who wants to learn and see what a vehicle can do, especially if you are new to the 4×4 world. There are several difficulty levels, and you can choose which obstacles you want to tackle. In addition, the club has beautiful camping grounds, facilities and a playground for children for those who want to experience a 4×4 family weekend.

Sadly, our weekend was coming to an end and as we headed back to camp, I felt that the days were simply too short. Our flag came down, and tents were packed away until next time. Thank you to Ansa and Louis Venter from the Rust De Winter 4×4 ATV Club for a wonderful weekend. Likewise, our sponsors: The Landy Shop and Wayne’s 4×4. Come and enjoy your Land Rover with us on our next Bush Run – you won’t regret it!

A group of Land Rover enthusiasts regularly undertakes Bush Runs, exploring all the beauty this country of ours has on offer. These are some of the highlights on the group’s 2022 calendar: