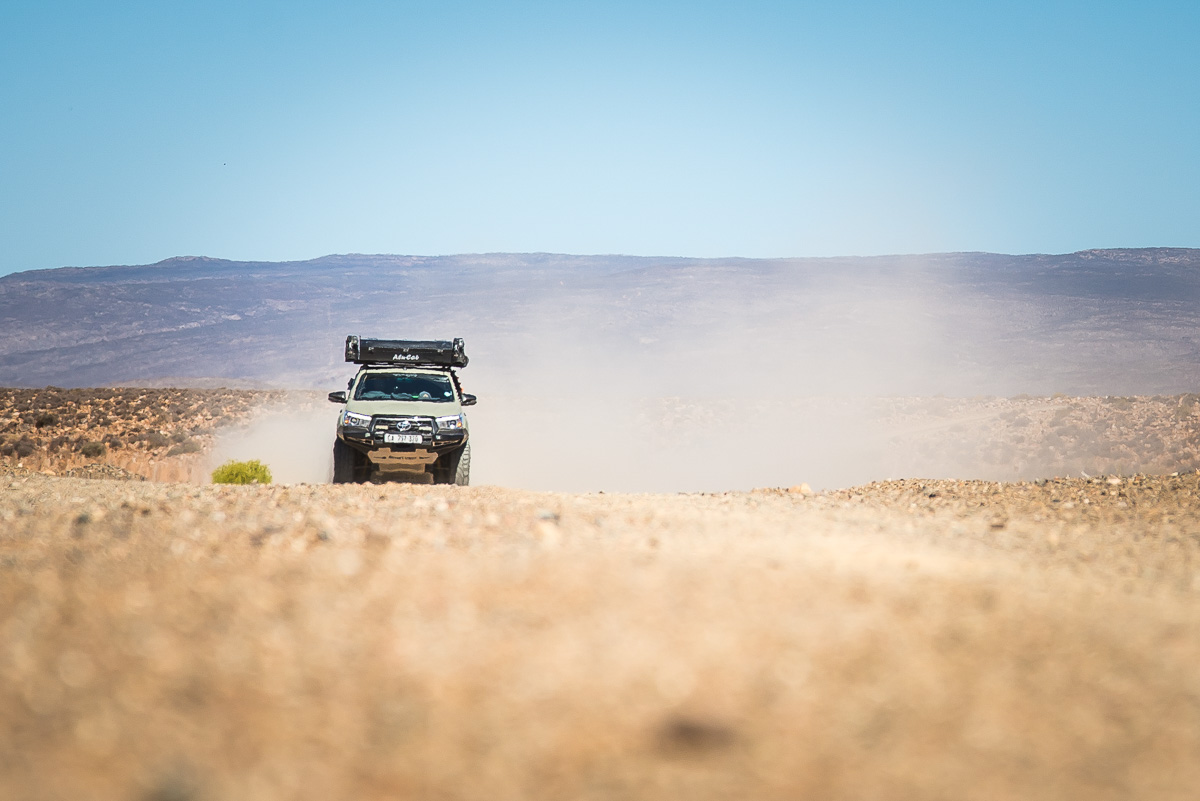 Much like the vehicle you’re driving, tyres are a compromise between what you want, what you need, and what you may not know you need in a tyre. With this in mind, let’s look at what features matter most when shopping for an off-road tyre.

As far as tyre features go, tread depth is seldom mentioned as a metric of comparison – even though it offers a fairly accurate way to determine how long your all-terrains will last, and therefore, the value of the tyre.

Tread depth can vary between 9 and 15 mm in the all-terrain market, with most OE P-Metric all-terrains featuring a depth of just 10 mm or less. By comparison, many aftermarket Light Truck (LT) tyres feature a tread depth of 12 to 15 mm. If 5 mm of tread life is used on either set of tyres, it goes without saying that the 50% loss is going to significantly affect how well the OE P-Metric tyre performs (off-road) in comparison to an aftermarket Light Truck (LT) alternative.

Put another way: All tyres perform well when they’re new, what matters is how they perform after 10-, 20- or 30 000 km have been covered.

Of course, in most cases, the P-Metric tyre will cost significantly less than the aftermarket LT option, but any comparison in price should include a comparison in value, and therefore, the depth of tread.

Much like tread depth, the weight of a tyre also hints towards its value offering, but in many respects, it also tells us how strongly the tyre is constructed, the quality of the steel cords used, as well as the “bulk” or gauge of rubber. In that regard, the carcass strength of a tyre directly relates to it puncture resistance, as well as its steering response and load capacity.

A tyre’s ability to shoulder a heavy load is especially important for those of us who tow a caravan, trailer or boat, but it also applies to heavily modified 4x4s with aftermarket bumpers, auxiliary fuel tanks, water tanks and draw systems.

The weight difference between various all-terrains can vary by as much as 40%. Typically speaking, most OE P-Metric tyres are designed to be lightweight for various budget reasons, as well as the vehicle manufacturer’s need to keep fuel economy and emission figures as low as possible.

Needless to say, it’s in the vehicle manufacturer’s best interest to fit a lightweight tyre that offers better fuel consumption and on-road comfort, while inadvertently not giving much thought to puncture resistance and long-term tread life.

It should also be said that any heavy-duty Light Truck (LT) tyre that’s made for supreme puncture resistance and load capacity will also affect your vehicle’s ride comfort and fuel consumption. It also determines how easy it is to balance the tyre.

As mentioned before, the load capacity of an off-road tyre is particularly important for vehicle owners with highly modified 4x4s and/or those who tow a trailer, caravan or boat.

Contrary to popular belief, it’s the air inside a tyre that carries the actual load, while the tyre carcass is merely the vessel that holds the air. The stronger the carcass, the more air pressure it can handle, and therefore, the more weight it can carry.

You’ll find that most of this information is available on your tyre’s sidewall, where it will state how much pressure the tyre can handle, and therefore, how much weight it can carry.

Again, most OE P-Metric all-terrains will feature a load limit of about 1 100 kg. In contrast, some aftermarket LT products will boast a load capacity of 1 350- to 1700 kg. However, that’s not to say that one is automatically better than the other. If you don’t need a LT tyre with a high payload capacity, you’re probably going to spend much of your time cursing the tyre’s strength and rigidity.

Likewise, if you do need a LT tyre but currently have an OE P-Metric fitted, there’s a good chance that’s why you may be picking up punctures and/or suffering reduced tread life. Simply put, it’s not the right tyre for the application you’re exposing it too.

Coming back to the question of: “What is the best off-road tyre on the market?”. Perhaps the true answer is: “The tyre you can afford”.

Naturally, there’s far more to picking the right tyre (for you) than just comparing graphs and specifications. Ultimately, it’s a question of budget and what you can afford. However, as mentioned before, cost and affordability are relative to value, so although one tyre may appear to be a sweeter deal than another, the bitter pill of longevity (or a lack thereof) is often the taste that lingers longest.

This blog was brought to you by…