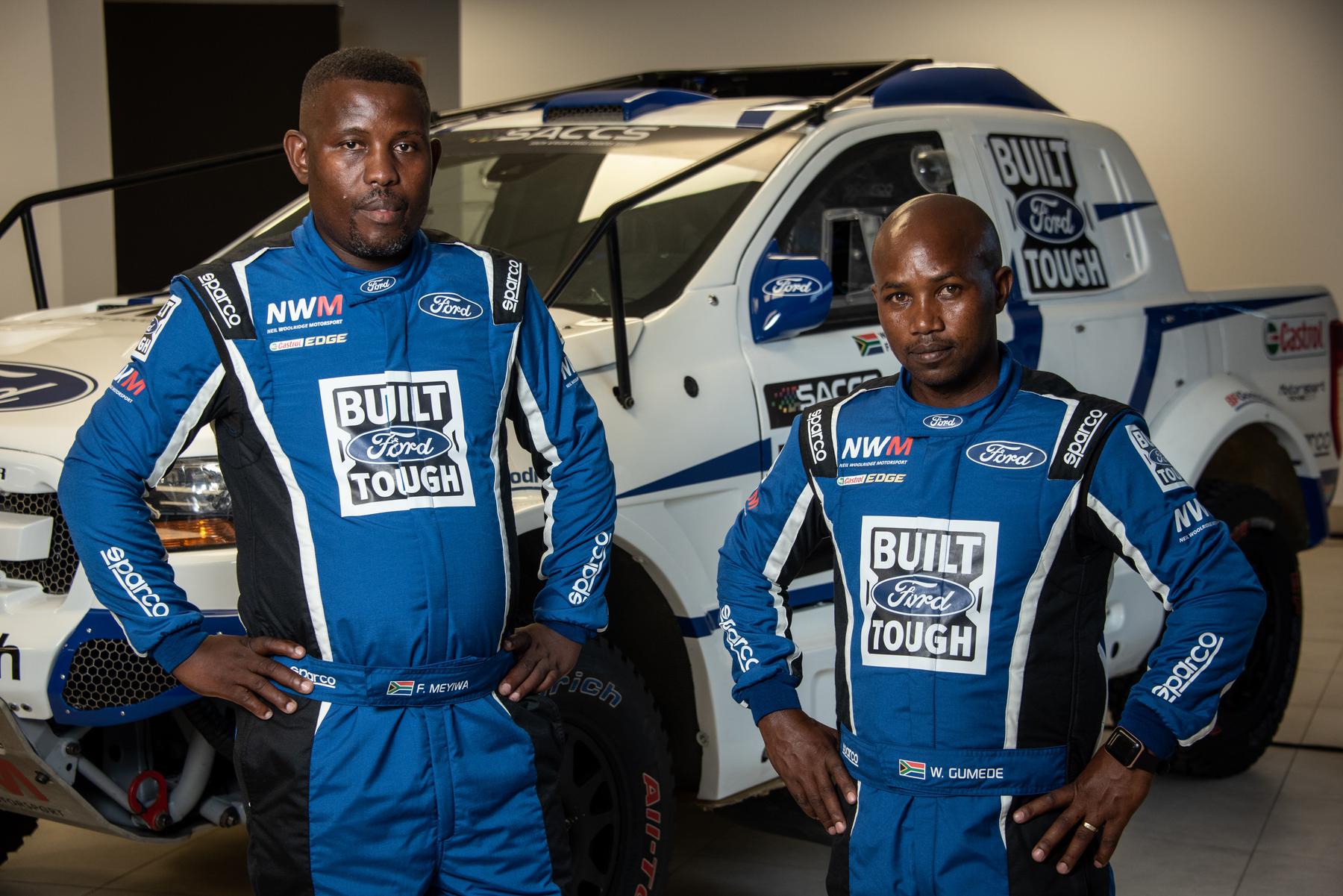 This pioneering new initiative will see Wiseman Gumede (42), a workshop delivery driver for NWM for more than a decade, making his motorsport debut in the driver’s seat of the Ford NWM Development Team entry. He will be joined by Fanifani Meyiwa (43) who has several years of experience as a rally navigator and claimed the 2018 KwaZulu-Natal regional championship. Together they will compete in all seven rounds that make up the 2021 SACCS calendar, commencing with the Dullstroom 400 in Mpumalanga on 26 and 27 March.

Gumede and Meyiwa will compete in the SACCS Class T Production Vehicle championship in a 5.0-litre V8-powered Ford Ranger, which was designed and built by Neil Woolridge Motorsport at its facility in Pietermaritzburg. This Ranger V8 is identical to the vehicle that powered Lance Woolridge and co-driver Ward Huxtable to consecutive Class T titles in 2018 and 2019.

As part of its commitment to the Development Team project, NWM will supply, prepare and maintain the race vehicle throughout the year, while also coaching and developing the crew as the season progresses.

As a newcomer to motorsport, Wiseman Gumede undoubtedly has a lot to learn, but he is over the moon about this once-in-a-lifetime opportunity. “I started as a driver at NWM, and now I’m going to be a racing driver,” an elated Gumede says. “I thought it was a joke when Neil Woolridge asked me at the end of last year if I would like to race, but it’s real and I can’t wait to spend more time in this amazing vehicle.

“I’m going to take it easy at the beginning as I have so much to learn about driving and racing the Ranger V8, so my plan is simply to finish the first race and get as much experience as possible,” he adds.

Meyiwa is no less enthusiastic: “I was very excited when Neil called me to discuss joining the team as the co-driver. I’ve always watched these amazing cross country cars racing on TV, and now to be part of the team is a dream come true. Cross country racing is new to me, but I think Wiseman and I will work well in the car together, and our objective will be to finish every race.