Ford impresses at the opening round of the SACCS 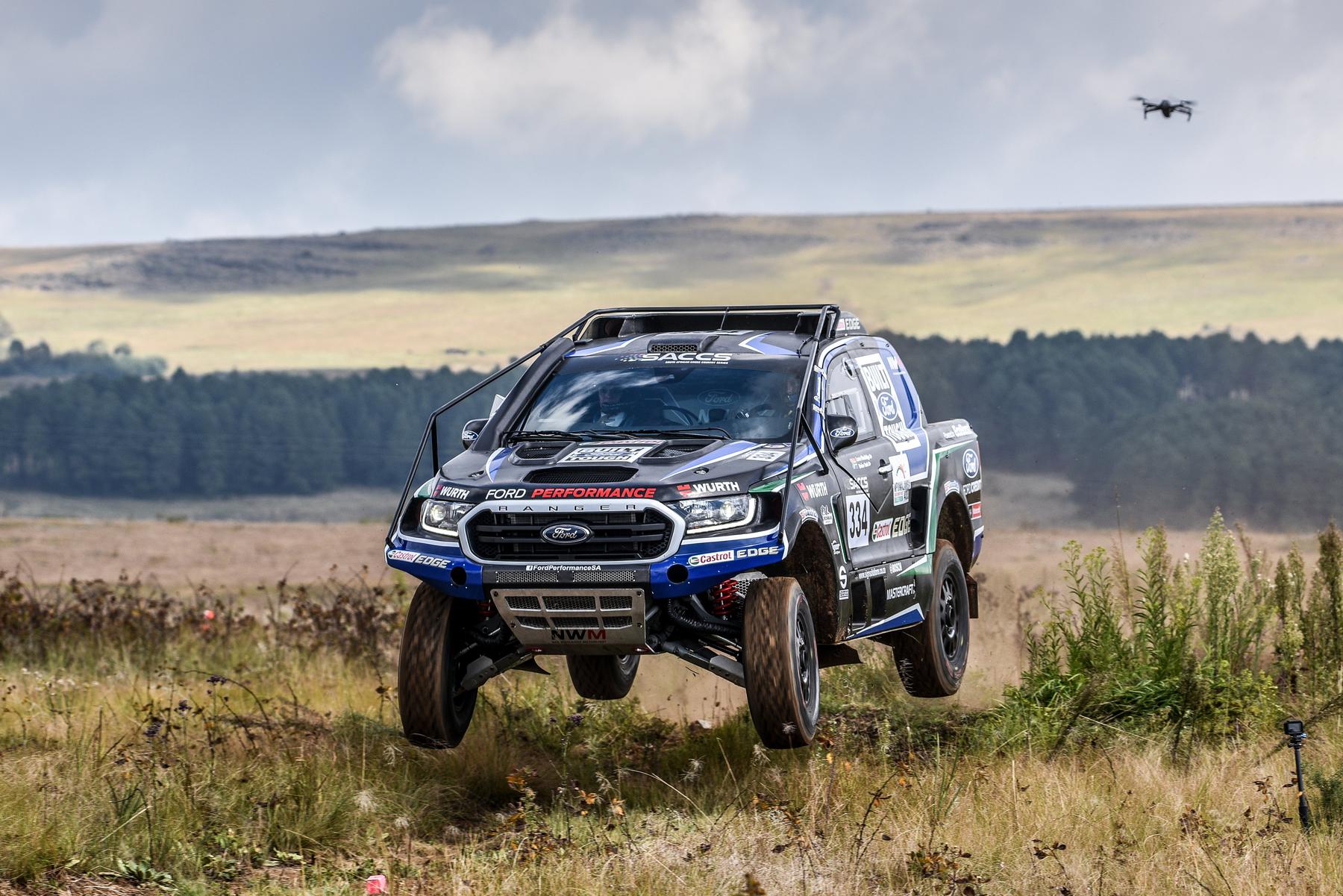 Last week we brought you information regarding the latest Ford Ranger that has been entered into the SACCS championship. Well, the hard work has paid off as the new kid on the block grabbed victory this past weekend.

The all-new Ranger, which was designed and built by Neil Woolridge Motorsport (NWM) – and is powered by Ford’s 3.5-litre twin-turbo V6 EcoBoost engine – is the first vehicle to compete in South Africa under the FIA’s new turbocharged petrol regulations for international cross country racing, and one of the first in the world.

Despite this being the first competitive outing for the Ford Castrol Cross Country Team’s highly-anticipated new contender, having to conquer extremely challenging conditions over a rough, rocky and rain-soaked 450km route along with a formidable line-up of pedigreed rivals, Lance Woolridge and co-driver Elvéne Vonk (#334) powered their way to the fastest time on Friday’s opening qualifying sprint, and maintained this impressive form to secure the overall win on Saturday afternoon.

As for the defending championship winning team Toyota, it was Guy Botterill who record a solid second place in his first national cross-country race. The TOYOTA GAZOO Racing SA driver is a multiple national rally champion, but he filled in for defending champion Henk Lategan, who was side-lined after his crash at the Dakar Rally earlier this year.

Botterill was partnered with navigator Brett Cummings for the race, and the pair set about their task with determination, despite posting only the 10th-fastest time in the qualifying race, which took place on the Friday of the race weekend. The Class FIA Toyota Hilux is very different from the rally car that Botterill usually drives, but the Natalian took to the big cross-country vehicle like a duck to water, though he found the wet track conditions challenging.

Once the flag dropped for the main race, Botterill / Cummings made the most of the opportunity, and quickly climbed up the standings. They powered into second place overall by the end of Day 1, completing the first of three race loops in the innovative race format used at the Mpumalanga 400.

“Going to bed in second place, not even two minutes behind the race leader, was very exciting,” said Botterill. “The prospect of fighting for the lead over the final two race loops was very appealing, and we couldn’t wait to get back in the car.”

Day 2 of the race saw the Toyota Hilux pairing in the thick of the fight, until a navigational slip saw them tumble down the order.

“There was a hairpin marked on the road book, but the distances between the book, the GPS and the markers didn’t make sense. We turned too late, and lost the best part of six minutes hunting for the route,” explained Botterill.

This pushed them down in the overall standings, but the rally driver managed to maintain a highly competitive pace, and he fought hard to make up time. In the end, Botterill / Cummings finished second in Class FIA, some six minutes behind the Ford Ranger of Lance Woolridge and Elvene Vonk.

The next round of the 2021 SACCS is the Sugarbelt 400 – a race that hasn’t featured on the calendar for a number of years. The crews will return to the sugarcane fields and forests around the KwaZulu-Natal town of Eston on 21 and 22 May, and TOYOTA GAZOO Racing SA will be hoping to bag more valuable points at Round 2.