#Team Defender on the road again 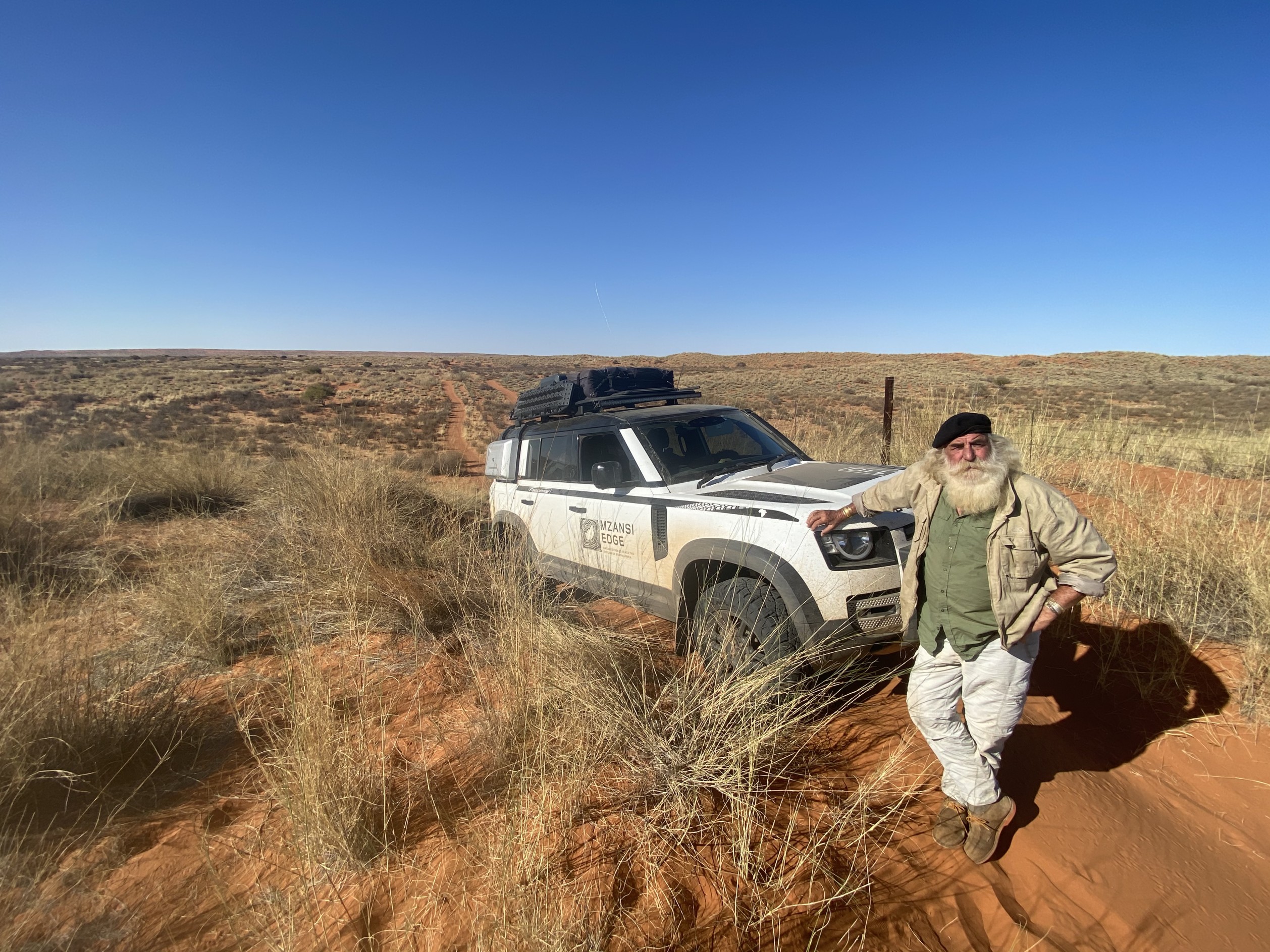 In the first long-distance, real-life test for the new Land Rover Defender on South African soil, legendary explorer Kingsley Holgate together with his son Ross recently departed on a 70-day, 10,000km humanitarian journey to track the outline of South Africa

“They say you only have one chance to make a good first impression and the new Defender has certainly wowed us so far. We are indeed honoured to be putting this legendary icon to its first real-world test in South Africa,” said Kingsley Holgate, upon departing on their epic humanitarian journey during September.

The Mzansi Edge Expedition – set to cover 10 000km in 70 days – will include several geographic and humanitarian objectives, covering eight of South Africa’s nine provinces. It will include World Heritage Sites such as Mapungubwe, ancient deserts, coastal dunes, precipitous cliff trails and river crossings. The expedition will see rare geological formations and extreme mountain passes, soft sand 4×4 tracks, iconic landscapes, unique biomes – such as the Cape Floral Kingdom – and world-renowned wildlife areas. The expedition also aims to reach all 52 lighthouses along the west and east coasts and will research and record stories of South Africa’s ‘edge’ – from ancient civilisations to modern times.

Determined to reach South Africa’s extreme geographic points, the expedition started with the symbolic filling of the Holgates’ traditional Zulu calabash at the country’s most easterly point near Kosi Bay in northern KwaZulu-Natal. From there the team will travel in an anti-clockwise direction, staying as close as possible to South Africa’s borderline, to reach the most northerly point on the border with Zimbabwe. Next up will be the extreme westerly point at the mouth of the Orange River on the Atlantic seaboard and Cape Agulhas, the most southerly point of the African continent. While journeying up the Indian Ocean coastline, the expedition will break away to circumnavigate the border with Lesotho, before re-joining the east coast and ending back at Kosi Bay in late November.

Certainly a South African odyssey fit for the most travelled person on the African continent. Having spent the last 30 years exploring every country on the African continent and beyond, Kingsley was rearing to get going. “We are thrilled to bring charity closer to home with this expedition. So many of our journeys have been in search of wild and distant destinations deep in Africa, but now an opportunity exists for us to explore our own ‘Mzansi’ – to outline this ‘world in one country’ that we’re proud citizens of.”

In recent months, the Holgate Foundation worked with the ‘Feeding the Wildlife Community’ volunteer teams to distribute nutritional food parcels to hundreds of rural communities bordering game reserves. These communities were some of the hardest hit by the complete collapse of the tourism industry during the national lockdown and the resultant loss of jobs and income.

“Even though travel restrictions are easing, it’s going to take time for income to start flowing again and widespread hunger is still a major concern for thousands of people living in outlying areas. As such, the Mzansi Edge Expedition’s humanitarian focus will be on distributing 200 000 meals to needy families close to wildlife parks, as well as to early childhood development centres and creches in rural communities,” said expedition leader, Ross Holgate. In partnership with the DoMore Foundation and other humanitarian organisations, #TeamDefender will also distribute face-masks and sanitising soap to families, as well as digital thermometers to community groups and organisations that need to maintain strict COVID-19 health protocols.

The Holgates’ two Defenders are equipped with all the items required to tackle the challenging routes necessary to deliver aid to Africa’s hard to reach locations. Both are fitted with Explorer Packs featuring raised air intakes, lockable side gear carriers, roof racks and underbody protection among others. The two Defenders are powered by 3.0-litre straight-six mild-hybrid (MHEV) P400 drivetrains with 294kW – making them the first petrol, and first electrified vehicles in the Holgate fleet.

The Holgate team will be joined by other South African adventurers to tackle parts of the route by mountain bike, canoe and on foot. These include veteran mountain biker ‘Shova Mike’ Nixon, one of only four people in the world to have completed every ABSA Cape Epic, Everest mountaineers Sibusiso Vilane and André Bredenkamp, and adventure runner David Grier, the first person in history to run the Great Wall of China in both directions.

About the new Defender

Dubbed by the Land Rover marketing team as the most capable Land Rover ever created, the new model represents 70 years of innovation and honours the vehicle’s history for rugged solidity while thoroughly remaining a Defender for the 21st century.

This new version is not only driven by a passion and respect for the original, it also inherits the previous model’s naming convention. Available now in 110 guise, which gives a historic nod to the 110-inch wheelbase of the previous generation, the Defender 110 body style offers customers a choice of five, six or 5+2 seating configurations and a loadspace ranging from 1 075-litres behind the second row to 2 380-litres with seats folded.

The line-up includes a flagship 3.0-litre straight six-cylinder P400 featuring efficient Mild Hybrid Electric Vehicle technology with outputs of 294kW and 550Nm. Alternatively, customers can choose between two 2.0-litre variants, with a P300 turbocharged petrol offering 221kW and 400Nm, and a D240 twin-turbocharged diesel producing 177kW and 430Nm. A short-wheelbase Defender 90, with seating for up to six, is scheduled for South African introduction early next year.

Read More »
PrevPreviousSUV vs BAKKIE: how do you choose?
NextA mad Kgalagadi AdventureNext