Beware of this hunter The Mozambique Spitting Cobra 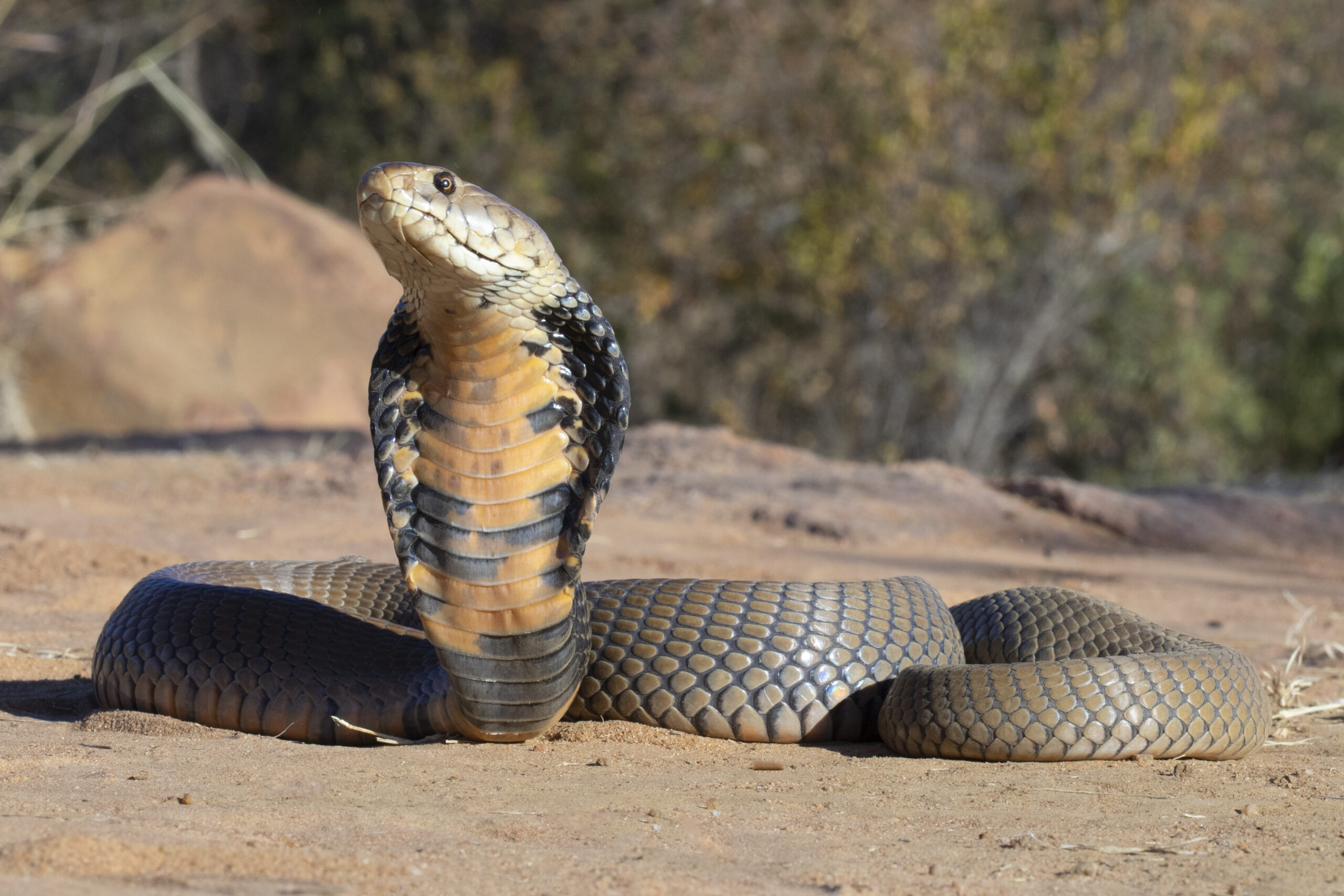 The Mozambique Spitting Cobra is the exception when it comes to venomous snakes: it is an active hunter, with a potently cytotoxic venom, warns Johan Marais from the African Snakebite Institute.

Despite popular belief, there is no snake that will chase you or go out of its way to bite you. Even the Black Mamba – one of the most dangerous snakes in the world – will much rather move off if given the chance. This fact is borne out by the low number of mamba bites every year.

Most snakebites happen at night when snakes are a accidentally stood on. The best course of action in any snake encounter is to immediately retreat five paces. Once this is done, you are perfectly safe and cannot be bitten.

There is one exception, though – the Mozambique Spitting Cobra. This active hunter occurs from just south of Durban throughout much of KwaZulu-Natal, into Swaziland, Mozambique, Mpumalanga, Limpopo, northern Gauteng, North West and into Botswana, Namibia and elsewhere further north. Though largely active at night, it may be encountered during the day.

If confronted and an escape route is not easy or clear, the Mozambique Spitting Cobra is quick to spit its venom, and it does so effectively. Unlike the Rinkhals it does not always spread a hood prior to spitting – it may do so from a concealed position in a hole or under a rock.

The venom that it spits is the same that it will use when biting. It can spit nearly three metres and aims for the eyes. On the skin, even on your face, the venom does little damage. It may cause some itching or irritate the skin and can easily be washed off with soapy water. If the venom enters the eyes, however, it causes instant pain, a bit like getting petrol in your eyes. First-aid for venom in the eyes is simple – rinse the eyes well with water, ideally under a running tap or with a hosepipe, and get to a medical doctor. The doctor will put some local anaesthetic in both eyes, check for corneal damage, and apply some antibiotic cream. Recovery takes two to three days and permanent damage to the eyes is rare, provided you follow these measures.

The big problem with the Mozambique Spitting Cobra is that it often ends up in huts, houses and chalets, and many people, including babies, are bitten in the face, on the neck, chest, arms and hands. This happens to dozens of people in South Africa every year and as the venom of this snake is potently cytotoxic, such bites often result in severe tissue damage that may require surgery. Fatal bites are quite rare.

There is little one can do if bitten by a Mozambique Spitting Cobra. Forget about tight bandages and sucking out the venom or using ice – it will do no good. Get to the nearest hospital as soon as possible. If antivenom is needed (only one out of 10 snakebite victims need and receive antivenom), the sooner it is given the better. There has been a great deal of speculation as to why people are bitten by this snake while asleep in their beds. Some suggestions include that the snake is seeking heat, but since bites also occur in summer, that is unlikely. Another suggestion is that the snake is accidentally rolled onto and bites in self-defence. Again not the case, as several cases have been reported where people were bitten in the face or on the hand while still awake and without moving.

The Mozambique Spitting Cobra is a ferocious feeder and eats rodents, birds, frogs, snakes, lizards and just about anything else it can get hold of. While hunting, they may slither towards a wall of a building, and if there is an open sliding door or a gap under the front or back door, the snake ends up inside. It continues hunting, finds a sleeping mammal (human) and bites in a feeding response. With defensive bites we often see snakebite victims that do not develop any symptoms of envenomation, or so-called dry bites. But in feeding bites, especially in these instances, envenomation is severe. Virtually every snake bite that is recorded in a bed is from a Mozambique Spitting Cobra.

When camping, make sure that you are in a mosquito-proof tent and keep your tent zipped up during the day to prevent a snake from entering it while you are not there. If you are on a farm or smallholding or visiting a game lodge, make sure that all exit doors are well sealed at the bottom – if you can stick a finger through the gap under the door, a snake can get in through it. Sleeping under a mosquito net is always a good idea and will also keep snakes out.