A new beginning for Amarok 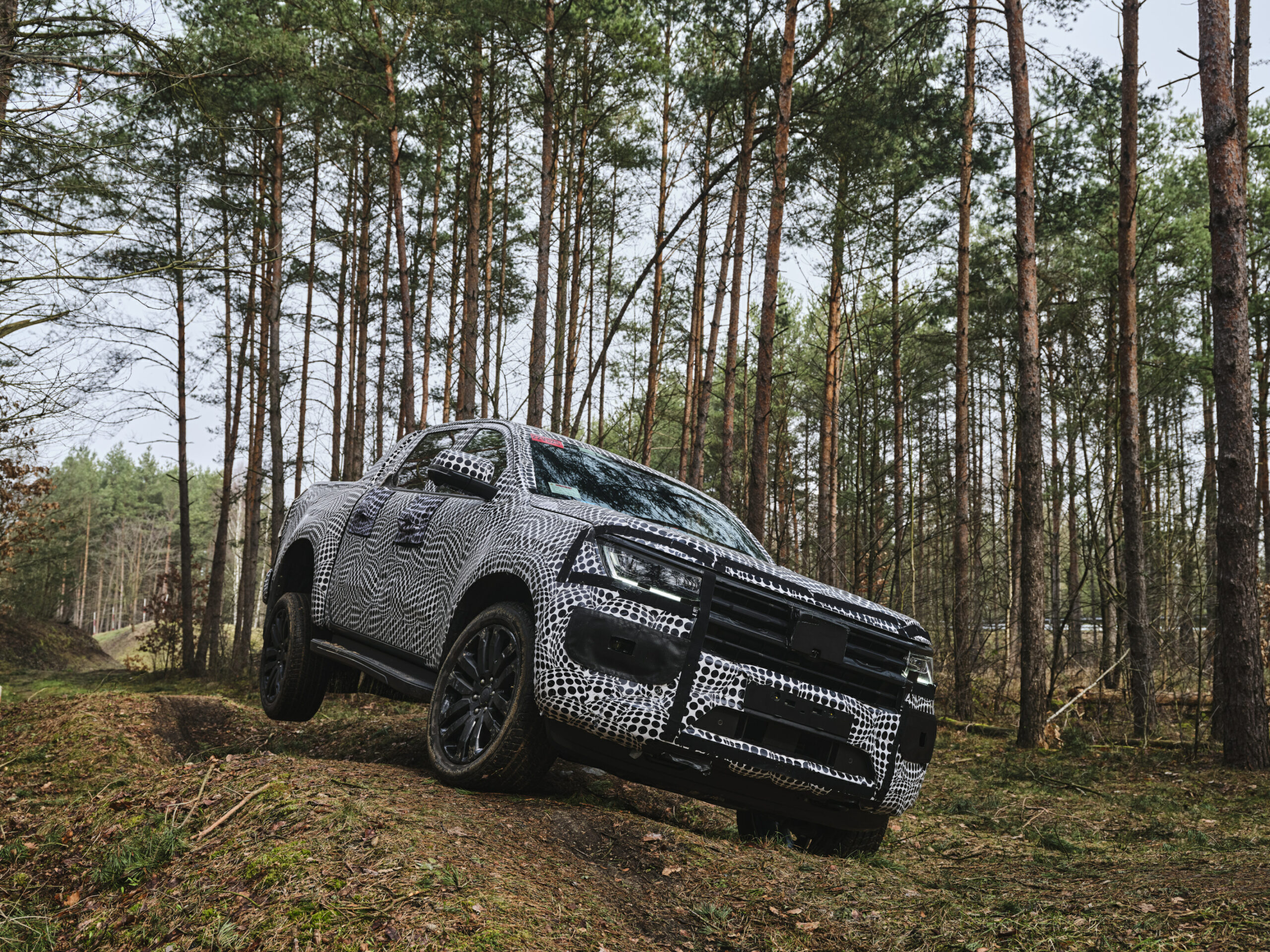 The current generation Volkswagen Amarok was launched way back in 2010 and has enjoyed massive critical acclaim and enjoyed some well-earned commercial success during its tenure on the South African bakkie market. However, it has been long overdue for replacement and 2022 looks to be the year for exactly that!

Volkswagen Commercial Vehicles (VWN) will present the completely new generation of the Amarok in 2022 and it promises to be capable of even more, both on- and off-road. The next-generation Amarok will be produced locally alongside the Ford Ranger and Everest at Ford’s newly updated Silverton plant. This, of course, means that the new Amarok will share its architecture and power unit with the “blue oval” (similar to Ford’s previous partnership with Mazda).

We have not yet seen the new Amarok apart from a few spy shots. However, you can spot some of the lines similar to its American brother. The side profile, in particular, is similar to the next-generation Ford Ranger. The spy images show a radical difference in design at the front end, which is entirely in the modern Volkswagen design language. It reminds me of the T-SUV range of Volkswagen – however, it is in disguise, so one can only speculate at this point. From what we could ascertain, the dimensions have changed quite a bit: at a reasonable 5 350mm, the new model is at least 100mm longer than its predecessor. A wheelbase of 3 270 mm equates to an increase of 175mm – as a result, there should be ample more space in the double cab. The payload is also increasing to up to 1.2 tonnes, and a maximum towing capacity of 3.5 tonnes is now possible across more engine/gearbox variants. As the wheelbase of the new Amarok is growing more than its total length, the bodywork overhangs are getting smaller, realistically translating into better approach and departure angles.

Volkswagen remains tight-lipped about the engine line-up, but did confirm that engines will be available with one petrol option and up to four different diesel power units ranging between six and four-cylinder options and cubic capacity of 2.0 to 3.0 litres. Information regarding power output has not been released yet – however, one can safely speculate that it will be very similar to the next-generation Ford Ranger. The next-generation Amarok will also feature some safety features with more than 30 driver assist systems, over 20 of which are entirely new for Amarok.

The Next Generation Amarok is set to have an intuitive and digital cockpit with a tablet-style infotainment display. As always, one can expect that the newcomer’s interior  will remain one of the  most refined and sought after interiors on the bakkie market. The interior will feature an exclusive sound system and elegant leather surfaces on the door panels with decorative stitching, further elevating the Amarok’s status as a premium high-end leisure bakkie.

The next-gen Amarok will be available with five trim versions:  the entry-level “Amarok” followed by the “life” and “style” and topping out with the “PanAmericana” and the “Aventura”. The PanAmerican, from what we could ascertain, will be off-road specialised, whereas the Aventura will be more focused on on-road performance.

The Volkswagen Amarok has seen massive success during its long runtime and has been a thorn in the sides of some of the more prominent players. It was known as one of the first genuinely premium bakkies bridging the gap between rugged off-road capability and refined luxury, and Volkswagen is looking to continue this trend. More information will become available in the coming months, and the actual vehicle is set to break towards the second half of 2022.