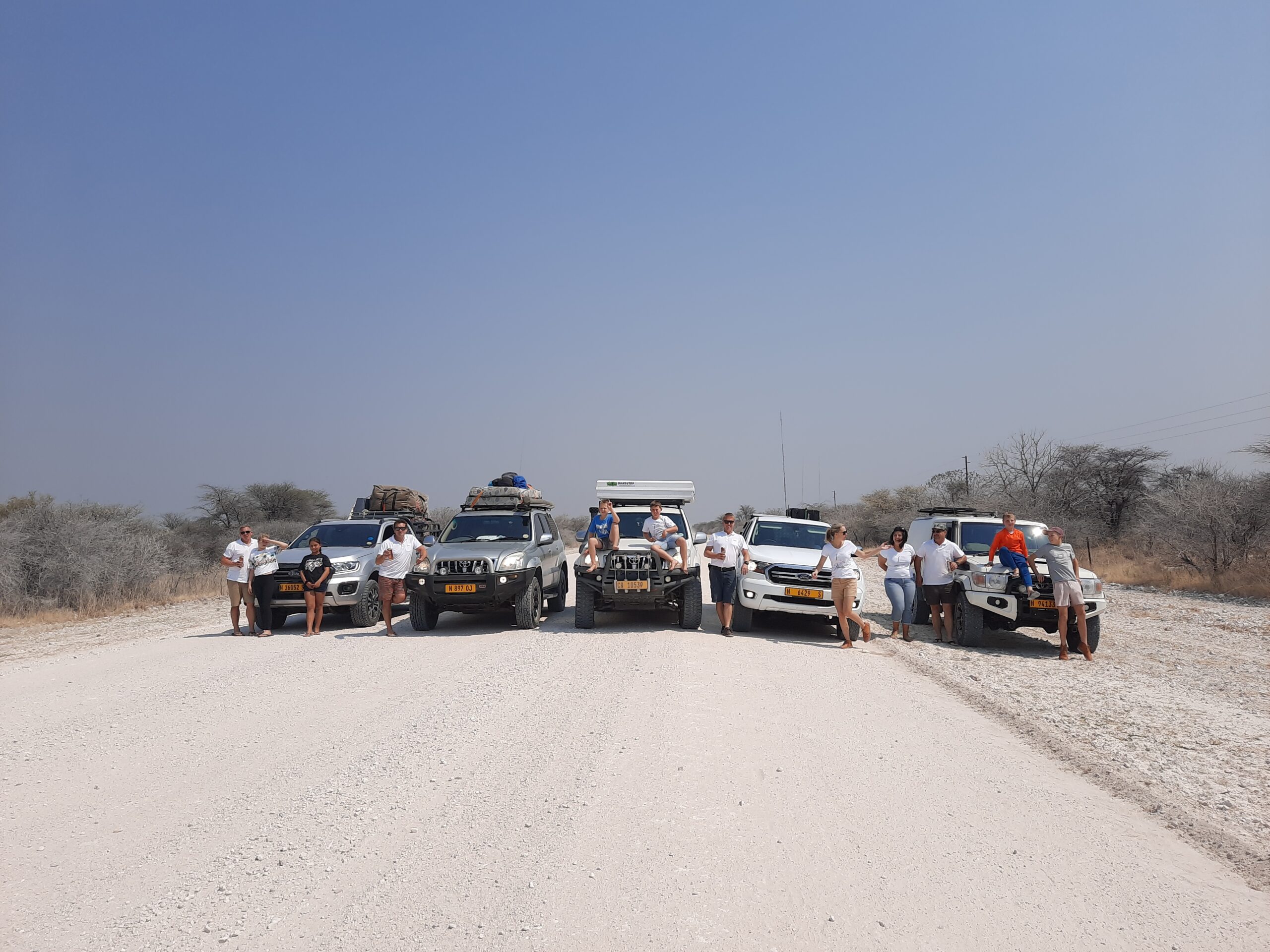 Online platforms and groups proclaim that Khaudum National Park in Namibia is not for the faint hearted, but rather for the true adventurer. Certainly not the place for a mother and two kids to venture to, then? You’d think so, but for Nolene Kotze, who runs the Chasing Gravel platform for curated off-road adventures and various activities and tours in Namibia, this was part of the appeal.

Hidden away in Namibia’s north-eastern Kavango Region along the Caprivi Strip, the Khaudum National Park is not to be taken lightly. One of five national parks located in this region of the country, it covers an extensive area of 3 842km². The other parks include Bwabwata National Park, Mudumu National Park, Mangetti National Park, and Nkasa Lupala National Park – all must-see visits during your Caprivi trip.

Rarely visited, Khaudum is remote and unspoiled, very large, extremely wild and with only a rudimentary tourist infrastructure. It could be described as Namibia’s forgotten wilderness. You will most probably see more elephants than people – which, of course, makes it perfect for us!

A visit to the Khaudum National Park is all about adventure, discovering a true African wilderness and perhaps experiencing a bit of self-discovery. It is home to large herds of elephants, Africa’s most endangered large predator, the African wild dog, rare sable antelope, and over 320 species of birds. The best time to visit would be in the dry season between June to September. Hnoma, Cwiba, and Khaudum are three rivers that cross through the park during the rainy season and contribute to the survival of the ecosystem. It is an unfenced park, allowing mammals to migrate through the area in search of water and food between Namibia and Botswana.

Our group of intrepid explorers gathered in Grootfontein as the starting point of the trip. While in the area, make time to visit the biggest meteorite in the world, the Hoba Meteorite. The next stop was Tsumkwe Country Lodge, just south of the Khaudum National Park, which served as our base. Upon arrival the kids were upset as the pool was dry (do consider this was during the lockdown period and most lodges were closed). The staff, however, were very helpful and supplied the kids with a piece of plastic for a slippy slide. The kids got innovative and laid out the braai area in the lapa with canvas and stones and filled it with water. I was again reminded that this is what group camping is all about – teamwork and creativity.

But back to our Khadaum adventure. On our first day we explored the south of the park, visiting various waterholes in search of wildlife. Driving through the park you see once-wet areas and the scenes of elephants playing in the mud, birds singing their songs and trees telling tales.

It was scorching hot and the kids were cooling off in the big dam when we heard branches cracking and saw dust clouds swirling into the air. Yes, the herd was on its way! We scattered to the vehicles, and out of the bushes came the most unreal sight. A herd of about 100 elephants descended upon the watering hole. We were in awe and felt so blessed to be this close to nature – what an incredible experience to witness 100 elephants play in the water and mud. I felt so small and the pure greatness of nature dawned on me. I had once seen a big herd of elephants at Etosha, but never at a waterhole like this.

Leaving the park back to Tsumkwe, Tracks4Africa guided us to a special Baobab tree found south of the Khaudum National Park. It keeps growing, despite having fallen over. From a distance, it looks like more than one tree – again, nature thrilled us with her splendour! On the second day we woke up to no electricity in the area, which meant I was unable to fill my fuel tank or swipe a card. We had planned to drive from the south of the park to the north in one day (yes, it is possible) and I had to leave with what I had. I knew there was some hefty 4×4 and sand driving ahead and I was more than a bit nervous. I am not a sand driving expert, but my vehicle – a 2006 Toyota Prado V8 (V6) – is a pro. Looking in the rear-view mirror, I saw two very eager faces. The boys and I were ready for whatever the day might bring!

North is where the thick sand starts. These trails require a 4×4 vehicle and high ground clearance. We have a made a few aftermarket changes to the Prado and no matter what we throw in its way, it simply gobbles it up in its stride! Some of the other vehicles struggled with the middelmannetjie (ridge between the wheel ruts of the unsurfaced road), but we were happily cruising along. Two of the vehicles lost engine mountings and ended up with a great deal of sand in their filters. Some parts of the trail reminded me of Milkshake Hill at the Kleintalfelberg 4×4 trail in the West Coast of South Africa.

It took us about six hours from the South Gate to the North Gate and we were excited that we only had about 60km left to our next stop: Okacuito River Camp on the Okavango River. At the northern gate we received some unexpected news – the next 40km from here to B8 would take us three to four hours. The kids were tired and hungry as we started the last 40km slog through thick sand. Although this is the so-called main road, the sand is worse than in the Khaudum, but worth the drive. It is raw beauty, hard to describe – one of those things you have to capture with your own eyes. It felt like being in the wilderness. If you get stuck here, it will undoubtedly take days before help arrives.

We truly enjoyed the Khaudum National Park – certainly an underrated gem in this beautiful country. The only downside to this trip was that we did not spend enough time in the park. However, we’re going back to the Khaudum this year to camp inside the park and spend more time at the waterholes and hopefully see some of the predators and hear them at night.

*Follow Nolene and her family’s incredible adventures on social media: @chasinggravel or find out more about who they are on www.chasinggravel.com

Read More »
PrevPreviousAtlantis is calling
NextThe running of “The rhino”Next