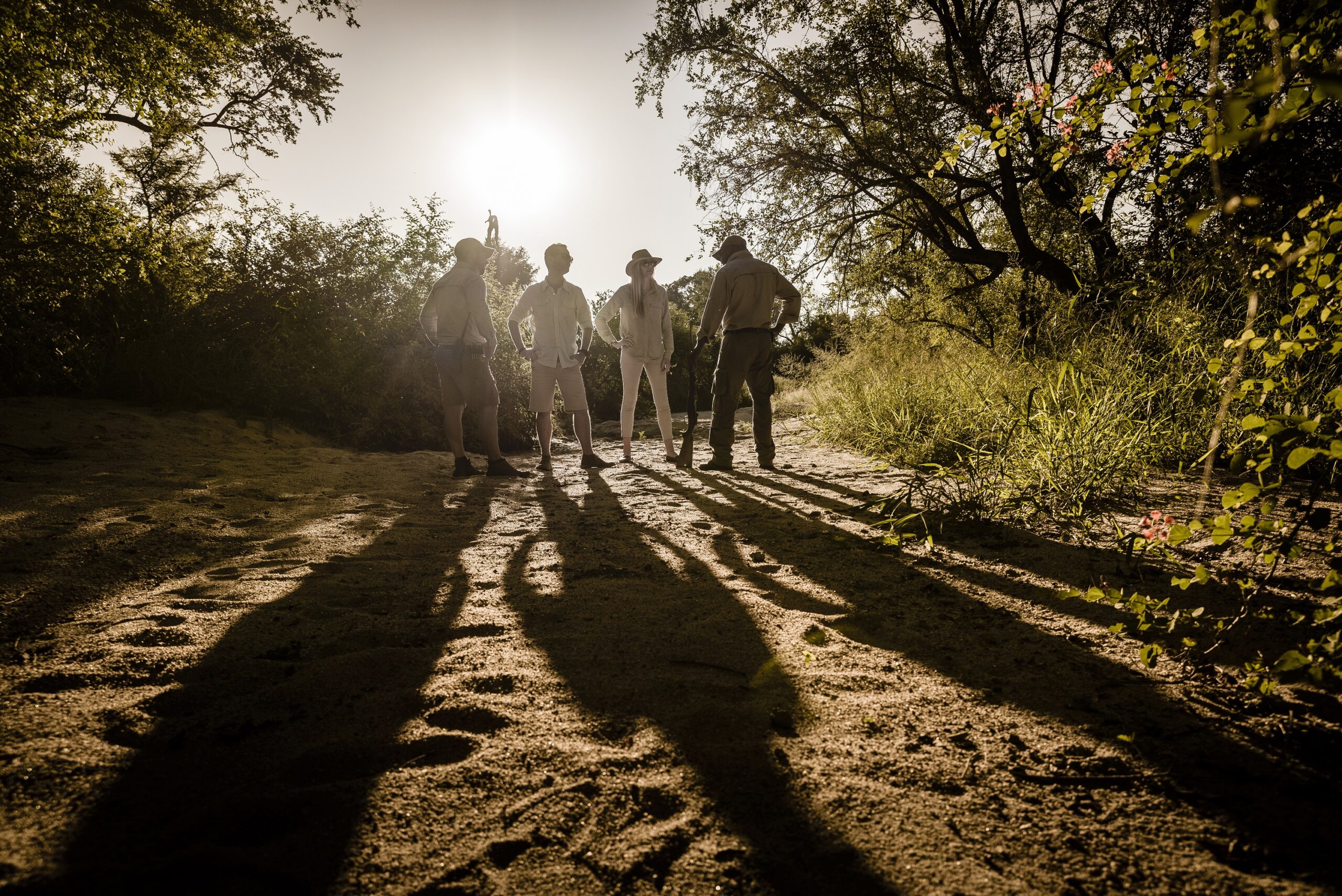 This is just nuts, I thought, stuffing jalapeños into yet another sterilised jar. It’s midnight; I have to be up at sparrow’s to get to the airport and here I was trying to make something of the mound of produce – chillies, green beans, and granadillas – our garden has suddenly coughed up. We were going to be away for three weeks, so this had to happen now, or all the nurturing will go to waste.

That’s how it began. The bigger picture is that my wife and I, Capetonians, had scheduled a long-postponed trip to include a few days in Gauteng and then to hit the road to the Kruger. It would be a real mixed bag of experiences, from exploring the city to navigating country roads and later, meeting a member of an elite anti-poaching unit in an undisclosed bush location. Our choice of vehicle would very much matter and we settled on the Nissan Navara, a monster of a bakkie we later lovingly nickname The Rhino.

We collected the vehicle at Lanseria. The handover was quick and again I marvelled at the modern age and how easy interchanging vehicles big or small, that are up to date with tech and safety aids, has become. Never mind navigating completely foreign roads. But I was itching to leave Gotham behind and a couple of days later, we were on the highway out.

It was a smooth roll along the highway, giving plenty of time to enjoy the availability of cruise control and the Navara’s ability to monitor blind spots for traffic. Outside, cosmos fields whizzed by and the ever-present hulks of power stations, as imposing as dinosaurs, loomed on the horizon. Our destination was the Kruger National Park; specifically, the Mdluli Safari Lodge near Numbi Gate and the Ebony Lodge of world-renowned Singita in the Sabi Sands Reserve.

Near Belfast, off the N4, I suddenly piped up: “My father’s ashes were scattered near here.” It’s a long story; I couldn’t make it then, but my wife took the bait and Googled. It’s an hour detour and suddenly we’re headed for Dullstroom. The town was buzzing when we got there, and we joined the post-pandemic resurrection with a quick stop at the newish home of Dullstroom Gin. The co-owner introduced himself as Charlie Tango (he recently quit the expat life in “sport security” though some habits die hard it seems).

A bottle in hand, we were soon climbing the Long Tom Pass of the Great Escarpment. It’s called the Panorama Route, and for good reason. Apart from the many historic sites along the way, the views are spectacular and especially today. Huge clouds trundled across the blue sky like an invading armada, trailing a veil of mist. Soon, the rain fell – fat dollop-drops of water pummelled The Rhino’s windscreen to be swatted away by the auto-wipers. Our turn-off arrived and we made a run for the dry warmth of the Hops Hollow brewery for an hour’s respite.

It was another few hours’ driving before we suddenly arrived at Numbi Gate. Some 200m down the lodge access road, we rounded a corner and I hit the brakes hard. A game drive vehicle was parked across the road, cameras pointed at us. It took a few seconds to make out the spots against the yellow grass. A leopard, quite chilled. We furtively dug the camera out from under the road-trip rubble on the backseat, quickly wiped the smudge from the lens, focused as the seconds tick by and fired. Great shot! Of the tail …

The following day, we were ready. After an early rise and breakfast we headed into the park in the cool of the morning. I set the cruise control to crawl-speed and sat back. This time of year isn’t ideal for animal-spotting because the grass is long, but the bonus is fewer cars too. Day 2 followed in the same vein and we steadily racked up our sightings of wild birds and animals. Already the ease of operation had made the vehicle near invisible, and I was jolted back to reality at Pretoriuskop. In the side-mirror, I spot the attendant examining The Rhino. We back-and-forth over the Navara and bakkies, two strangers with a common interest. Then we were off again, leaving enough time to laze away the day in the lodge’s rim-flow pool.

We opted to head for Sabi Sands via the park. It’s slower but we had the time. We eventually emerged at Paul Kruger Gate, now forced to navigate towns, villages, dodgy cars and drivers and livestock. Newington Gate was our next entrance, but we first found ourselves negotiating the rutted dirt roads of the border villages. The Navara performed brilliantly before we were deposited in the lap of luxury. For two days, The Rhino rested beneath shade cloth alongside the Singita aerodrome while our guides showed us the sights. The experience was true to the myth, and we were blown away by the hospitality.

On the second day, we headed off into the bush for an interview with a member of the anti-poaching unit. It was close to sunset when we met him; the location and time are intentionally last-minute. “Please, no names,” our host requested. These are people at war and the less the enemy knows, the better. Our contact was a man perhaps in his late 20s. He wore a camouflage uniform, was armed, and had brought his dog – a Belgian Malinois. The breed is tough, dedicated and eager to please – ideal for this type of work.

For an hour, he laid out the situation. Most details had to be kept secret, but he spoke about the 24-hour patrols, detection groundwork and the dogs that are able to rapidly follow up. “Own the night, with the fight,” he said, as he introduced me to the technology at their disposal: infra-red camera traps as well as thermal monoculars and drones with thermal capability, that make it easier to locate carcasses, live animals and poachers at night in the bush. It was an experience that continued to resonate long after we were back in Johannesburg. It was surreal to have The Rhino back in the city, where it seemed equally at home. It was no less inconspicuous though, and when we stopped at the new Voco Rosebank hotel, a porter asked to be photographed alongside the grey beast. I thought to myself how effortlessly the Navara’s look fits with this, swish part of town and the wild places we had just come from. The hotel itself is a design inspired by Art Deco; there are more than 750 original artworks by South African artists on its walls. Its striking Proud Mary restaurant and bar draws professionals, day and night. Down the road is Marble, one of Jozi’s top eateries, and the edgy Everard Read art gallery. For old times’ sake, we visited 44 Stanley – perhaps because we were starting to feel a little homesick and the tree-lined fashion and artisanal boutique precinct reminded us of Cape Town.

Soon enough, we were at OR Tambo. We offloaded the luggage and handed in the (intelligent) key of the Navara. I would be lying if I said it wasn’t hard to leave The Rhino behind. Still, I did turn for a glance, one last time.