The small one with the big heart 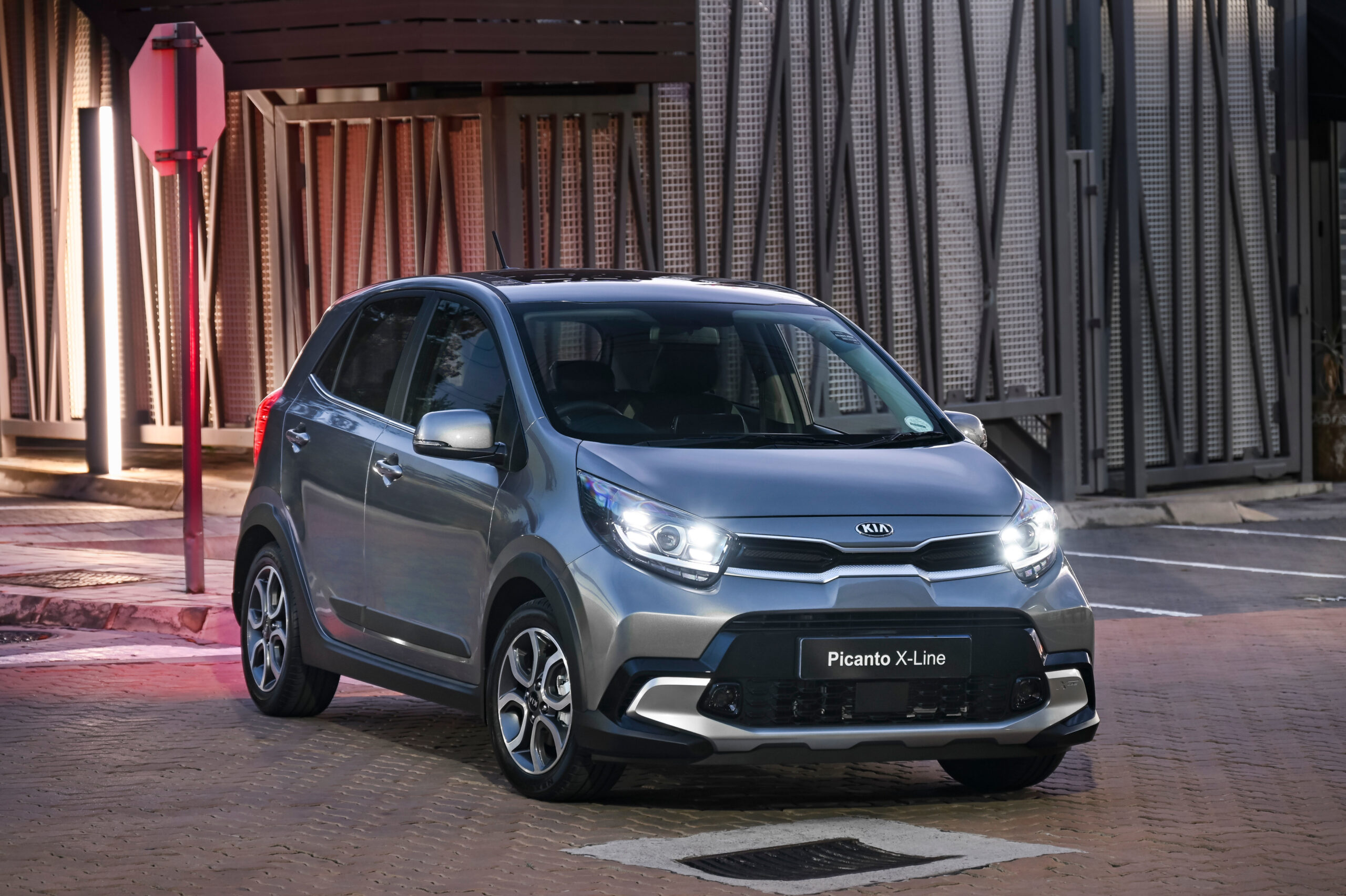 Shortly after its introduction to the South African market, our team got to grips with the new and revised Picanto X-line. Setting the popular holiday destination, Mosselbay, on the easy-to-use navigation system, we knew we were in for quite some time behind the wheel.

To be honest, I was concerned when I heard I was driving a car with a shorter wheelbase. These cars tend to be a bit loose and unwieldy on the road, especially when driving at highway speeds. However, Kia remedied this issue by upgrading the rear torsional, which meant that its stiffness was improved by about 32%, and you do feel it. The car feels planted and comfortable when heading through the bends at higher speeds.

The improved ground clearance (about 5mm greater than the standard models, partly thanks to its larger 15-inch wheels) also gives it a more aggressive stance. It made it possible for us to traverse through tougher terrain with relative ease – as my travel companion noted, life truly starts where the tar ends and you hit the gravel! While by no means a 4×4 or even an all-wheel drive, we were fairly confident that this little giant will cope with whatever we threw at her (which included the Knysna passes, mostly along gravel roads).

The new and bespoke accents on the front and rear bumper and the latest LED daylight running lights and new wheels transform the regular Picanto into an eXtremely good-looking vehicle. The interior is equally lovely and much more comfortable than anticipated. It sports two-tone artificial leather seats and we enjoyed the intuitive heads-up display on the instrument cluster which gives access to your trip computer as well as a digital speedometer. You can access it via the steering wheel’s instruments, from where you can also control the infotainment system.  While the infotainment system’s interface itself isn’t that impressive, it does come with Apple Carplay and Andriod Auto, which is always an added bonus to increase safe connectivity.

The Picanto X-line is available with KIA’s popular four-cylinder 1.2-litre petrol engine, which is  good for 61kW and 122Nm and is coupled with a five-speed manual or four-speed automatic transmission. We sampled the manual and when overtaking, the little Picanto never felt lacking in the power department. At the same time, the frugal  6.1 litre/100km impressed us. While I appreciate the small 40-litre fuel tank is perfect for zipping about the city, it did mean refuelling three times on our 1 400km road-trip which took some planning through the vast Karoo.

The car accommodates both driver and passenger in comfort. However, I would not recommend that you drive long distances in the back if you are anything taller than a metre. It certainly is not a family car, nor does it claim to be – but for a two-person adventure get-way, it is rather perfect (just pack light – typical of an A-segment vehicle, boot space is rather limited). Packing a tech-heavy, comfort-focused and adventurous punch, the Picanto X-line is most definitely a car to fall in love with. I never thought I would say this, but I would love to own one – indeed, a small car with a big heart.