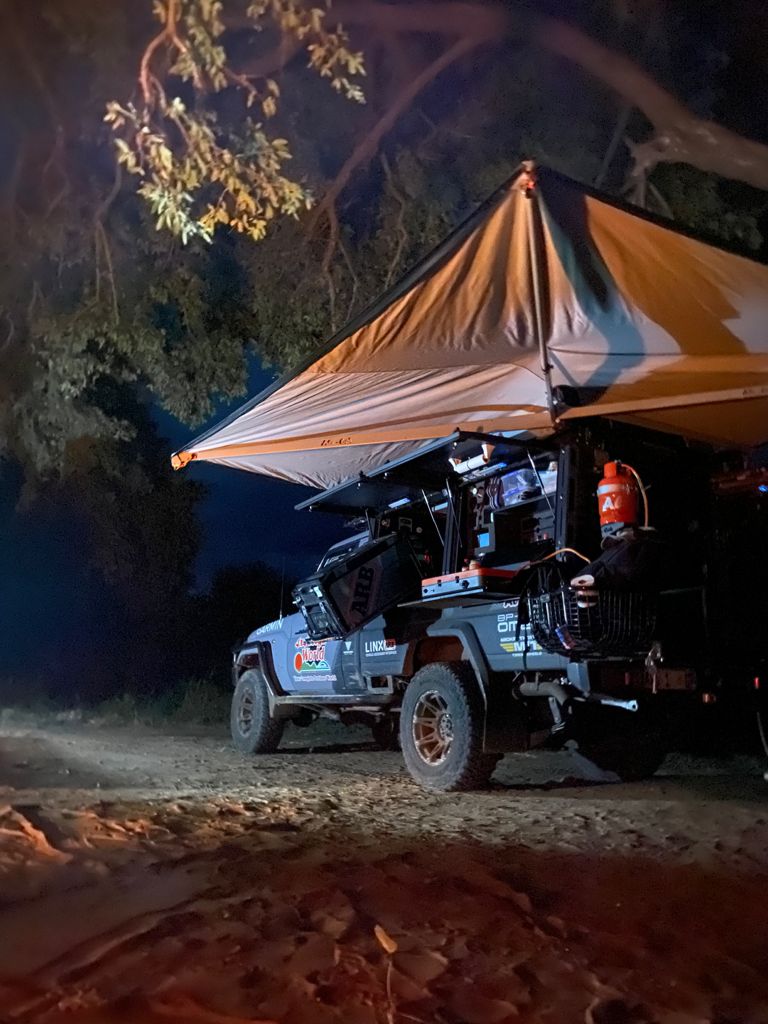 What are the factors to consider when selecting a battery to power your off-grid system? Angus Boswell finds the answers.

Batteries are the core of any off-grid system, and are essentially small reactors that convert chemical energy to electricity. When a battery is connected to an external device, forming a circuit, a chemical reaction is triggered that causes electrons with a negative charge to flow around the circuit – this is the electrical current that powers devices like lights or a fridge.

Their history is fascinating, and its even possible batteries have been around since Mesopotamian times. The first real documented breakthrough came in 1800 when Italian physicist Allesandro Volta stacked discs of copper and zinc on top of each other, separated by cloth soaked in brine. Wires attached to the top and bottom of this stack produced a constant voltage.

The familiar flooded cell or wet cell lead-acid battery, and the world’s first rechargeable battery, was invented in1856 by French physicist Gaston Planté. His invention used a lead anode and lead dioxide cathode, both immersed in a sulphuric acid solution. The reaction of both electrodes with the acid electrolyte produces lead sulphate, but the anode releases electrons and the cathode consumes them to forma current flow.

The next breakthrough was in the 1930s when silica was added to form a gel-type electrolyte, which was more stable than the flooded cell, later refined and sealed to become the Sealed Lead-Acid (SLA) type of battery in the 1970s. The advantage was it could be used in multiple positions and did not need electrolyte replacement; useful for vehicle-based applications. A development of this is Absorbent Glass Mat (AGM) technology, using glass fibre soaked in electrolyte between the lead plates to create an even more robust battery with a longer life and less tendency to cause sulphation of the lead plates over time.

With demand for lighter, higher capacity batteries growing, attention turned to lithium as early as 1912.The lightest element in the periodic table, lithium has the most electrochemical potential and highest weight-to energyratio. It was not until 1980 that American scientist John Goodenough discovered the Lithium cobalt oxide cathode, with further progress made by Japanese scientist Akira Yoshino of Asahi Chemical, who made a stable and rechargeable lithium-ion battery in 1985. In these batteries, lithium is combined with various metals (cobalt, manganese or iron) to form the cathode. When recharged, a positive lithium ion from the cathode moves to a graphite anode tobecome lithium metal. Because lithium’s electrochemical drive is to be oxidised, it migrates back to the cathode to become a Li+ ion again, giving up its electron to the cobalt (or other metals) to create that electrical current.

These early lithium cobalt oxide batteries, first produced by Sony, were prone to thermal runaway, as lithium is so reactive, with the potential to cause fires. John Goodenough stepped back into the picture in the 1990s when he discovered that a lithium-ion cathode made of lithium iron phosphate (Li-FePO4) was more thermally stable, and the technology could be scaled up to make larger batteries that could be easily charged and discharged.

Li-ion remains the chemistry of choice in smaller electronic equipment, due to its high energy density of 150-200 Wh/kg, quick-charging ability and long cycle life. Lithium iron phosphate has a slightly lower energy density of 90-120Wh/kg, lower nominal voltage per cell (3.7V versus 3.2V),charges slightly faster without danger of runaway, and its discharge rate is faster and importantly less affected by high temperatures. It’s in the life cycle that Li-FePO4 really scores, with the potential for 1 000-10 000 deep cycles, against up to1 000 cycles for Li-ion.

As you dig deeper, it’s clear batteries are a complex topic, with plenty of variables in chemistry, construction and function. Massive funds go into researching new ways to store power, with moves to legislate against internal combustion engines in favour of electric vehicles adding impetus to finding that unicorn technology. For now, when designing an effective vehicle-based off-grid system, there are a few simpler variables to grapple with.

These systems will typically rely on a secondary battery (or batteries) that is topped up by the car’s alternator via a DC to DC charger when driving, and by a solar panel (or even a wind generator) when parked up. If a lead-acid battery is specified, it will almost certainly be of the sealed deep-cycle type with thick lead plates suitable to delivering a steady low power over a long period of time.

The Ah rating is critical here, measured over a 20-hourperiod (100 Ah battery will deliver approximately 60% of its power without cycling too low, so at most can sustain a power draw of 3A per hour for 20 hours). This is distinct from a cranking battery which has highly reactive thin lead plates, able to deliver a fast punch of power over a short time that will turnover an engine. It is rapidly re-charged by the car’s alternator, unlike a deep-cycle battery which takes far longer, particularly to achieve the last 20% of charge (see sidebar: 3-phase charging).It is worth noting that lithium-ion batteries are all “deep cycle” as they are able to handle deep discharges without damage, though if the discharge is kept upside of 80%, the battery’s life will be greatly extended.

So, what are the key variables to consider between the principal off-grid contenders: Sealed lead-acid and lithium?

SLA batteries should not be allowed to drop below a 70% State of Charge (SoC) while lithium can be cycled down to 20% SoCon a daily basis without damage. An AGM battery can also cycle this low, but this will shorten its useful life. In other words, a lead-acid battery gives you 30-40% of available capacity, while a lithium example gives 80-90%. What does this mean? If your daily load/power draw is 20Ah, you will get two days of power from a 100Ah SLA battery, or four days of power from a 100Ahlithium battery before recharging is required.

It’s a law of physics that all batteries suffer losses during charging(when electrical energy is converted to chemical energy) and discharging (when a chemical reaction creates electricity). Lead-acid losses of 15-20% are much higher than lithium’s 2-8%. More critical is that lead-acid recharge times in the bulk absorption phase can be four hours or more, depending on the depth of discharge, and unless a full charge is achieved (not always possible when using solar on a cloudy day) then battery life is compromised. Lithium is far quicker to charge (taking 1-2 hours) as they absorb energy quicker, and there is no significant long-term damage if only a partial state of charge is achieved.

While all batteries degrade over time, SLA batteries are prone to sulphation, a non-reversible process which renders the plates less reactive. This is made worse when the battery is not kept topped up, or it is subjected to heavy discharges. The claim is that lithium batteries have up to six times the life cycle: the difference between 600 and upwards of 3 000 cycles.

Because lithium has a much higher energy density, the batteries can be both lighter and have a smaller footprint for the same Ah rating. Less weight is always better when overlanding. A140Ah SLA battery can weigh just over 30kg, while an equivalent lithium iron phosphate battery will be around half that – even if it does have a similar footprint.

There is no getting around it: lithium batteries are still very expensive. The internal materials are costly, and these batteries always include electronic Battery Management Systems to control thermal runaway and discharge/charge cycles, which add to their complexity and manufacturing input cost. The basic formula is this: a standard lead-acid battery is half the price of an AGM battery with a third of its lifespan. A lithium battery is four times as expensive (double that of a decent AGM), but offers up to 10 times the number of cycles (ie double that of an AGM) without a significant drop-off in performance until near the end of its useful life. In approximate numbers? Standard lead-acid deep-cycle: R2 000, AGM R4 000, Lithium R8 000.

The perfect off-grid system depends on your budget and the type and frequency of your camping – plus whether you camp near an additional power source, or rely for days at a time on effective solar charge inputs. If the budget is tighter, an AGM battery will give decent service if kept topped up. For a no-hassle system that will give steady battery performance for a longer time period, then a high-capacity and light lithium battery is the way to go. One can then pair this with a compact 250-300W solar panel to keep it in charge, an MPPT solar controller to optimise solar inputs, and a high-output DC to DC charger to manage inputs from both solar and the vehicle alternator. In addition, when solar is not being used, a 220V wall charger is needed to keep the battery/ies ready to go. It is worth noting however that lithium is more forgiving: it has a very low discharge rate and can handle partial charge without damage.

Buy a 220V smart charger, and benefit from a three-phasecharging regime that will keep a lead-acid battery in topcondition for longer, with less sulphation damage to the plates.What are those three phases?

1. Bulk charging: the initial whack of electricity when up to80% of the battery’s capacity is replaced at the maximumvoltage and amp rating of the charger.

2. Absorption charge: when the 12V battery reaches 14.4volts, the charger holds voltage at 14.4V and slowly easesoff the amps (ie the current) until the battery is at or near98% charged.

3. Float: Voltage is held at 13.4V and amps kept below 1Ato bring the battery to full charge, with very little heatgenerated, and cycling on and off to compensate for naturaldischarge.

NOTE: The charging regime for lithium batteries is a different two-stage process, and requires a dedicated charger. A standard lead-acid charger cannot be used, unless it is an “intelligent” version with a specific lithium option.

Your solar panel should be able to provide at least 20% of battery capacity in amps on a single day of charge, factoring in typical losses from things like shade, panel orientation and sun hours. So you’d want to over-specify solar input. If you are drawing 20Ah/day, you need to put that back. To add 20 amps of power to a 100Ah battery, a basic current/voltage conversion shows you need at least a250W panel (250/12= 20.8A).